“There is no truth to the statement that I’ve been separated from the mother of my children, Abby Viduya, prior to her arrival in the Philippines,” said Rodrigo Ines, the long-time partner of actress 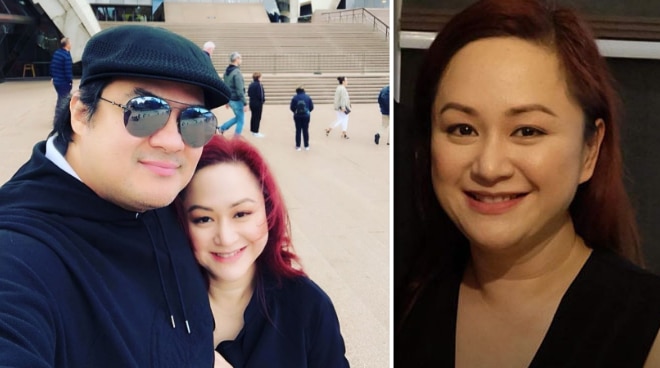 The longtime partner of Priscilla Almeda has finally broken his silence on their relationship, saying he and the actress had, in fact, not separated prior to her arrival in the Philippines.

In a full statement sent to radio host Abe Paulite, Rodrigo Ines aired his side on the news that Priscilla, otherwise known as Abby Viduya, has gotten back together with her former co-star and “first love” Jomari Yllana. He was quoted as saying: “There is no truth to the statement that I've been separated from the mother of my children, Abby Viduya, prior to her arrival in the Philippines.”

According to Ines, “Priscilla, despite their comfortable life as a family in Canada, asked him for permission to be allowed to work in the Philippines as she said she misses her career and would like to help me save for our children”. He agreed and even provided for everything she needed in preparation for her comeback.

“Few days before I took her to the airport, one night right after dinner, upon seeing me with our kids playing happily, she came up to me. She was crying so hard and wouldn't stop hugging me, telling me she would miss me and our happy family. The whole time she’s away, we have constant communication everyday. She’s telling me all the things she needed so she ca buy them to establish herself. For the past one and a half months she’s in the Philippines, I have been sending her money for all her expenses,” he said.

“Then came that dreadful day when a concerned citizen sent me messages informing me that the mother of my kids is having an affair and has already been living with a different man the whole time,” he added.

Admitting that he feels “totally heartbroken” not only for him but also for their kids, Ines said that their two children, particularly their youngest, have been “inconsolable” ever since their mother left.

“The children don’t deserve this,” he said.

Ines went on: “I chose to stay quiet for the past weeks as I’ve been personally taking care of all our domestic concerns, especially the children's necessities in this trying times. I personally take care of them and their needs, even Abby’s 17-year-old firstborn daughter from her first marriage.

“So many issues had been brought to my knowledge recently regarding the untruthful and inaccurate details surrounding the premise that has been concocted to give way to the admission of the affair between the mother of my kids, Abby Viduya, and her lover, Jomari Yllana, making it look like they didn’t ruin any family. This is my fight for justice for my children, for the home I worked so hard to build for my kids that had been wrecked by uneducated, selfish, inconsiderate, and immoral individuals. Justice will be served soon enough.”

Meanwhile, a copy of the statement, published under Abe’s column Papak for tabloid Remate, was shared by Joy Reyes, the most recent girlfriend of Jomari before Priscilla, on Instagram on Thursday.

For a few weeks now, Joy has been lambasting Jomari on social media for his alleged affair and lack of support for their two children. The actor has since denied this, and said that he and Joy had already separated due to “irreconcilable" differences, while also admitting that he's now seeing Priscilla.

For her part, Priscilla said that Jomari and Joy had already been separated for more than a year “when I came back into Jomari’s life.”

She also revealed that has been in contact with the actor even before her return to the Philippines in July. It is, however, noted that Joy had just given birth to her second child with Jomari last August.

Priscilla has yet to respond to Ines’s statement as of this writing.