Fumiya Sankai is now in a hospital in Japan to undergo an operation in his lung. 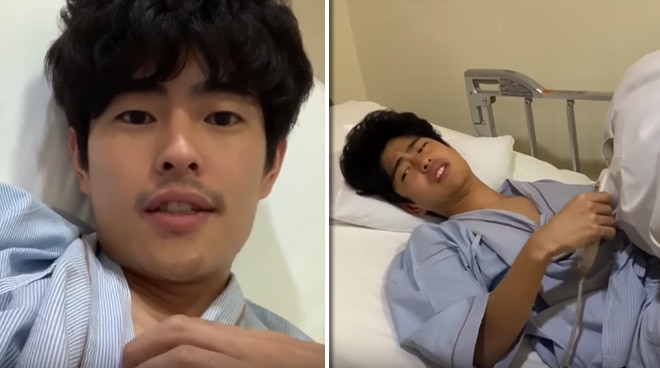 Fumiya Sankai needs to undergo an operation in Japan because of a problem in his right lung. The Kapamilya star shocked his fans when he shared updates about his health on his YouTube channel.

Fumiya revealed that his doctor found out that his right lung has a hole.

"My lungs has butas. Kanina I was talking with doctor and then he said I have a hole, that's why they will cut my lungs then they will remove the butas of my lungs," he shared.

According to Fumiya, there is also a possibility that his left lung has a hole too.

"One sad thing kasi left side also merong something that's why may possibility in my left lung. That's why sad bakit my lungs is like that talaga," he said.

Fumiya is currently in a hospital in Japan and a tube is connected to his lungs while preparing for his operation. He admitted that having the tube inside his body has been very painful.

"Now this tube is inside my lungs. It's 20 centimeters. Sometimes the tube touches my back, very masakit, very difficult to move," Fumiya said.

Fumiya extended his gratitude to his fans for messaging him words of encouragement and support.

"I will do my best. Laban di ba? And thank you so much for commenting like I saw your comment and then I got energy from you guys. Thank you so much," he said.