Bea Alonzo poses for a photo with Girls Generations’ YoonA 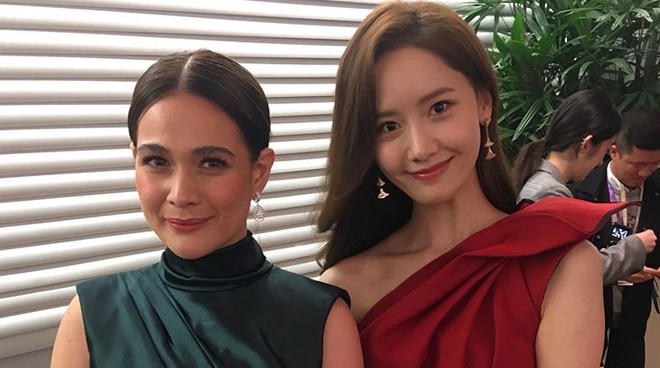 Bea, who made it to Variety’s Asian Stars: Up Next list, also faced members of the media at a press conference.

At the said event, the 32-year-old Kapamilya star met Girls Generation member YoonA, who happens to be her fellow awardee. But that’s not just it - the Unbreakable star was also seated next to her.

On Twitter, Filipino film critic Philbert Dy shared photos and videos from the event including one where Alonzo can be seen introducing herself.

Happening now: Bea Alonzo introduces herself at the Variety Up Next Rising Stars of Asia presscon at #IFFAM2019 pic.twitter.com/tk2ZIQp1LD

Likewise, Star Magic handler Monch Novales shared a photo on Instagram where the latter can be seen posing for a photo backstage with the K-Pop idol.

Apart from Bea Alonzo and Yoona, other awardees include Ryota Katoyase of Japan, Lien Binh Phat of Vietnam, Asmara Abigail of Indonesia, Bhumi Pednekar, of India, and Praewa Suthamphong and Jennis-Oprasert of Thailand.

Asian Stars: Up Next List recognizes some of the biggest Asian stars whom Variety believes could make it big in the international arena.