Designer Cary Santiago shares that he has been receiving hateful comments from pageant fans over his work for the wardrobe of Binibing Pilipinas Universe 2019 Gazini Ganados. 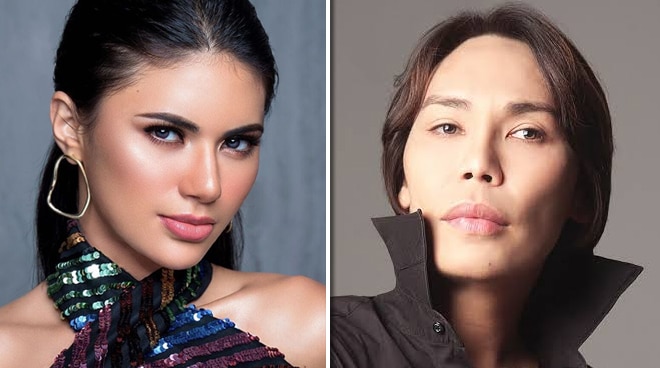 Designer Cary Santiago shared that he has been receiving hateful comments from pageant fans over his work for the wardrobe of Binibing Pilipinas Universe 2019 Gazini Ganados.

On Facebook on Monday, November 4, Cary appealed to Filipino fans to stop giving "below the belt" comments on his design for Gazini, who is the Philippine bet to this year's Miss Universe pageant.

"I have received a lot of messages asking what Gazini will wear for Miss Universe 2019. Some gives suggestion(s), others are appreciative, while a number of them are bashing me for my work/s. Their comments: I don't like it, I find it heavy or bulky, ‘Tama na ang birds,’ ‘Why the same style?’ A couple are even giving below the belt comments that are unprintable. And I get all these messages every single day. Some are from troll accounts while most are from legit ones," he said.

"Let me state this once and for all. I am and never was an expert of pageants. I am not a pageant enthusiast. It just so happen(s) that I am able to dress up a few beauty queens because either I know them personally (they modeled for me) or I know someone that is close to them and they asked me to. Most of these are my babies, hence, I feel happy if I am able to see them wearing me," he added.

Cary was the same designer behind Gazini's gown during her stint in the Binibining Pilipinas 2019.

He went on to state that the "final design, silhouette, and color" were both decided by him and Gazini.

"It is a collaboration. I am a high fashion designer for the upper crust of the Philippine society. Modesty aside, they are the ones who really know fashion. For the pageant enthusiasts and fans, no offense but beauty pageants have never been the barometer of fashion. There are those who give comments that [are] already mocking me and my works as if they are the real experts. Very pushy and demanding that it seems if you will not hear them out and ignore their messages, they will malign your craft even more. Again, let me reiterate, fashion is never and will never be about beauty pageants. Fashion does not revolve around it," he continued.

Ending his post, Cary said that whatever Gazini ends up wearing on the coronation night, it would not decide her fate.

"If the stars will align that night, whatever Gazini will wear, it will happen. If she gets a podium-finish, that’s her discipline, perseverance, and a whole lot of luck. So let us support her and as we continue to join her journey towards the crown. I am hoping that we stop all the bashing. Constructive criticism is appreciated and I am all for it, just never a lambasted one!" he added.

The 68th Miss Universe will be held at Atlanta, Georgia, USA, on December 8.