EXCLUSIVE: Why Cinema One Originals entry ‘Utopia’ won’t be your typical action film 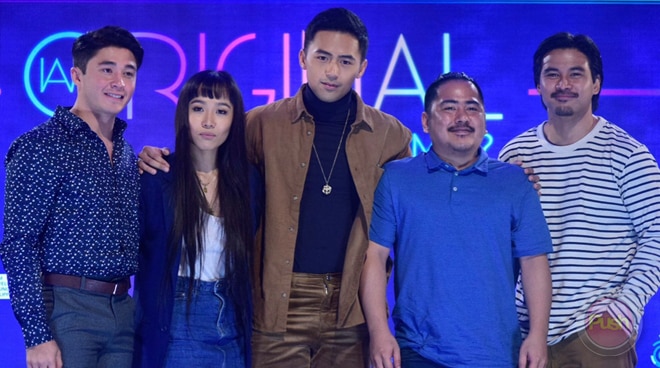 Filipina-Japanese actress Karen Toyoshima is more than thrilled to be playing her first major supporting role in her newest film, Utopia.

In the action-comedy movie, which is one of the eight entries to compete in this year’s Cinema One Originals Film Festival, she plays the role of Shy, the feisty daughter of a wealthy Chinese family.

this face showed up to three major auditions & readings all in one day, as a rich chinese chic, a tough japanese woman & as a dalagang pilipina ye 😅 showbiz pa, toyo!

Karen, a theater graduate and formerly an artist under Viva Artists Agency, said she technically auditioned for the project when the role opened after Kim Chiu, who was originally to play Shy, had to turn down the project due to conflicts with her endorsements.

“I read the script tapos pina-approve pa ‘yun sa Cinema One Originals, so somehow parang audition na rin,” said Karen, who revealed that she was recommended for the role by her boyfriend, fellow actor Cedrick Juan. For his part, the Die Beautiful star and Metro Manila Film Festival Best Supporting actor nominee plays the character of Zed, one of the Chinese gangsters and a former boyfriend of Shy. Joining Karen and Cedrick are Joem Bascon, Arron Villaflor, and Enzo Pineda, who play the lead roles as an undercover agent, a rookie police officer, and a videographer, respectively, whose stories intertwine in a labyrinth of a violent city’s underbelly.

Both Karen and Cedrick described the process of working with Direk Dustin as “collaborative”. On the other hand, Karen described their co-stars Joem, Arron, and Enzo as “amazing” both on and off-camera. Stopping short of revealing further details about the film, both Karen and Cedrick said they hope for the movie to serve as an eye-opener to its viewers. Utopia will hold its premiere night on Saturday, November 9, while the Cinema One Originals Film Festival 2019 opens on Thursday, November 7.

Watch the official trailer for Utopia below: