Edward on his first MMK episode with Maymay: ‘It's different and it’s real’ 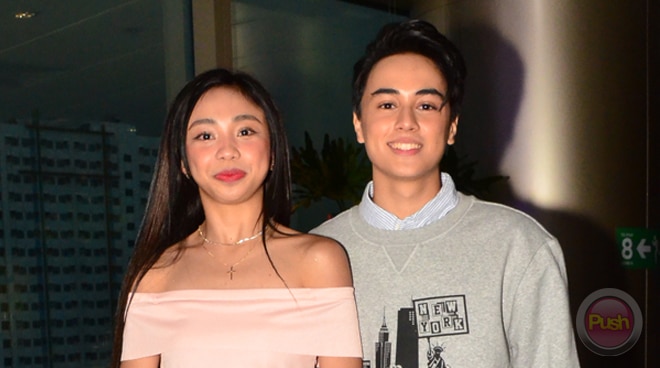 Maymay Entrata and Edward Barber are set to star in the upcoming episode of Maalaala Mo Kaya featuring the love story of young couple Maxine Blanco and Gab Sta. Ana.

It can be recalled that Rated K featured their viral story, with Gab sharing the trials they faced as a couple most especially when Max was diagnosed with bone cancer and eventually passed away.

Maymay shared that she was able to watch the said Rated K episode. Little did she know that a few months after she will be portraying Max in MMK.

Edward was all praises for the families of the couple. “Just like Max positive pa rin sila, fighting, as in inspirational. You see their family the way they hold each other. A lot of us take our families for granted kaya mahirap minsan nakikita mo mga families that they are really relishing their moments with each other. Inspirational talaga 'yun,” the actor stated.

He also relayed how he was moved upon meeting Gab. “Kasi ‘yung first time na-meet namin si Gab was actually at the workshop that's when it hit me personally kasi first time kong mag-MMK. It’s different when you are portraying a character that’s alive and real. When you meet them and you shake their hand and you talk to them and hear their voice you see how they move, iba. And you have to imagine what this guy went through as well as the families involved, it’s different and it’s real,” Edward said.