James Reid was asked whether or not his project with MOMOLAND member Nancy will still push through. 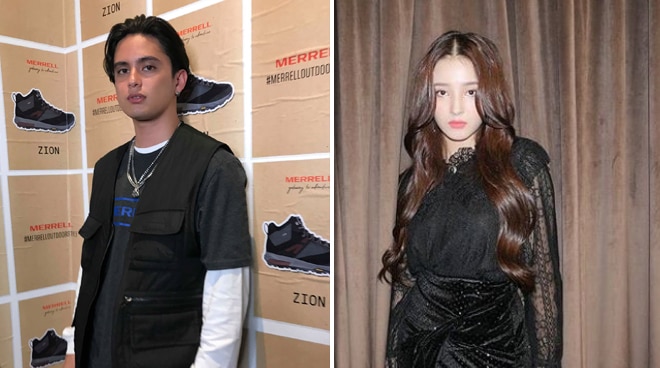 It’s been almost two months since Dreamscape Entertainment first announced James Reid would be working with MOMOLAND’s Nancy McDonie for a mini-series.

Read:MOMOLAND member Nancy to work with James Reid for a teleserye

But up until now, fans haven’t heard any updates about the highly-anticipated project of the two, leading some fans to ask: “Will it still push through?”

During a special event for outdoor brand Merrell where James Reid is currently its local ambassador, the Kapamilya actor was asked by a reporter: “Tuloy ba?”

Although Reid seemed to know the answer to the question, the Kapamilya actor chose to stay mum about it, saying: “I can’t say too much about that right now. Sorry.”

Pressed to answer either ‘Yes’ or ‘No’ on whether or not it would push through, he stated: “I can’t answer that. I can’t talk about that.”

Antoinette Jadaone, who previously helmed Reid’s teleseryes with ABS-CBN, was tapped to write and direct the 13-part mini-series titled Soulmate.

Meanwhile, Reid, who released his first studio album Palm Dreams under Careless Music Manila more than two years ago, revealed that he is currently working on his second studio album.

“I’m currently making an album. It will be my second album. My first one was in 2017. I’ve been waiting for a long time for this,” he said.

After working with several international artists, the Idol Philippines judge revealed that he will be working with more foreign acts for his second studio album.

“I will be collaborating with Filipino artists that live overseas. Like from Canada and LA. So I don’t want to talk about it now but I have collaborations with other artists, yeah,” he shared.