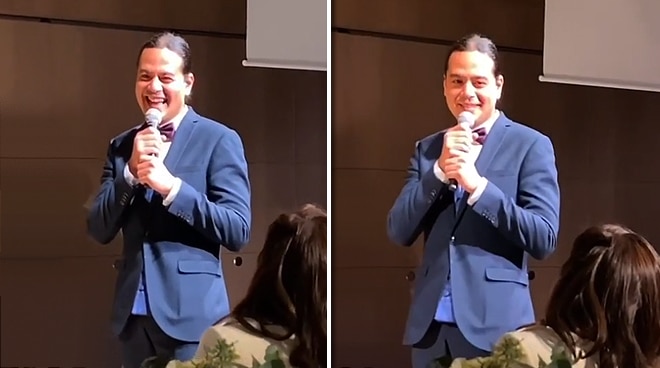 John Lloyd Cruz gave a speech at Vhong Navarro and Tanya Bautista's wedding in Kyoto, Japan on Thursday, November 28. In an Instagram video uploaded by Vicki Belo, who was also present at the wedding, the actor enthusiastically deliver his message for the newly wed.

In his speech, John Lloyd encouraged the couple to have many kids in the future.

To all of you who miss John Lloyd Cruz , here s a treat . He still has the charm and dashing good looks.

On a serious note, the actor wished the couple to always remember their vows.

John Lloyd's attendance at Vhong's wedding was one of the rare occasions the actor was seen with his showbiz colleagues after taking a hiatus from the entertainment industry in 2017.