WATCH: Lou Yanong opens up about experience as a bullying victim

In the latest episode of ABS-CBN Lifestyle’s Confessions of a Bullying Victim online series, Lou Yanong recounted her experience as the target of bullies when she was younger. 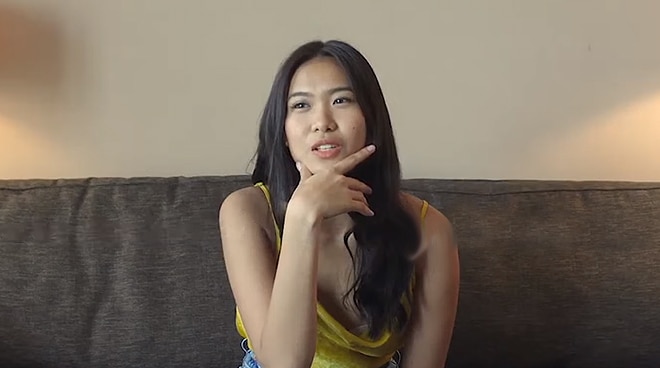 "I really do consider bullying a blessing."

This was the ultimate message of former Pinoy Big Brother housemate Lou Yanong as she opened up about her experience as a victim of bullying.

In the latest episode of ABS-CBN Lifestyle's Confessions of a Bullying Victim online series, Lou recounted her experience as the target of bullies when she was younger.

"I was fifth grade noon. I wanted to transfer ng schools kasi I was bullied. I think that one time, when [five guys] locked me in a [dark room]. They were ganging up on me. And then I ran. I bolted outside. That was 'yung pinaka-peak ko. 'Di ko alam kung alam ng parents ko 'yun," she shared.

She also confessed being on the receiving end of hateful comments after drawing fame while inside the PBB house.

"This week, honestly. This week has been really hard for me. The bashing comments... una, hindi talaga ako nagbabasa because I know hindi naman totoo 'yun. But sometimes, you can't help but read it. Sometimes you can't stop yourself," she said.

However, Lou is actually thankful that she had gone through those tough times as it made her stronger and certain about herself.

"Kung wala 'yun, I wouldn't be who I am now. Sometimes, I think it's better to be bullied to know yourself, to know your worth. I'm stronger now. There will be times that it gets to me, but what matters the most is I always get back up," she said.