Anne Curtis shares updates on pregnancy: ‘Little one is kicking’

It’s Showtime host Anne Curtis makes sure to keep her fans up to date with her pregnancy by documenting her journey as a mom-to-be on social media. 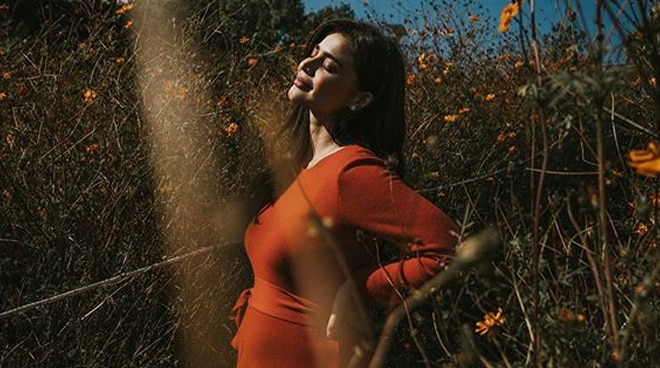 Hers is one that the public is closely watching.

So Anne Curtis makes sure to keep her fans up to date with her pregnancy by documenting her journey as a mom-to-be on social media.

Celebrating 2 years of marriage with this beautiful lady today. I never thought that hundreds of days could feel link a blink. This will be the last time we spend it alone, before we are overwhelmed by the love for our child. Sleepless nights and longer days, I'm ready for all of it. With a tough woman like you, we have nothing to worry about it. I hope our kid has your looks, but my voice. Je t'aime mon amour.

On Twitter on Saturday, the It's Showtime host shared that she now has to take naps during the day.

"Nakakapanibago," she confessed. "Being someone who’s been so used to working so much. Hindi ko na kaya. I need my afternoon naps."

In a separate tweet on Sunday, Anne, who is currently on her fifth month of pregnancy, shared that her "little one" has already begun to kick.

"Little one kicking so strong now. What a bizarre and amazing feeling," she said.

Anne announced that she and her husband, vlogger Erwan Heussaff, are expecting their first child last November 10.

The coupled tied the knot in Queenstown, New Zealand in November 2017 and were together for seven years before they got married.

They celebrated their second anniversary as a married couple last November 12.