Wow! Robi Domingo has a small bar in his new condominium unit 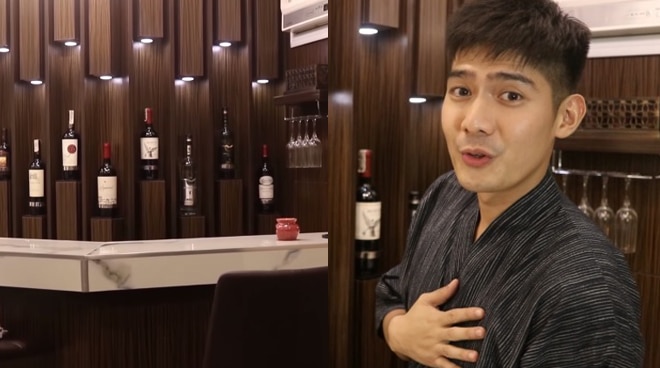 Robi Domingo did a tour of his new condominium unit in his latest vlog on his YouTube channel. The television host said that his new pad is the fruit of his labor.

“I got this place about 3 years ago, tapos pina-customized ko siya and natapos siya this year lang. It’s a 2-bedroom condo na pinagpaguran ko talaga,” he said.


Robi showed his living room, dining area, kitchen and his bedroom. He also shared one of the most interesting spots in his condo, which is a small bar.

“Dito pinagawa ko talaga siya sa aming architect,” Robi said. In his bar, Robi collects premium wines and spirits that he got from different countries. He has also a collection of wines, which were given to him by his friends VJ Ai of MYX and Apl.de.Ap.

The TV host also did an unboxing of his Silver Play Button Award, which he immediately put on display in his entertainment room.