After a two-year hiatus, South Korean actor Kim Woo-bin made a surprise appearance as one of the presenters at the 40th Blue Dragon Film Awards held in the Paradise City Hotel and Resort in Incheon on 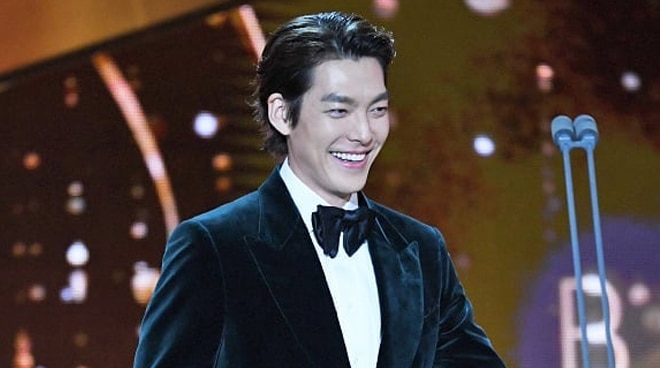 Kim Woo-bin is back.

After a two-year hiatus, the South Korean actor made a surprise appearance as one of the presenters at the 40th Blue Dragon Film Awards held in the Paradise City Hotel and Resort in Incheon on Saturday.

Before presenting the Best Short Film award to "Milk" director Jang Yoo Jin, Kim gave a short speech to thank those who had supported and prayed for him throughout his recent ordeal.

“I’m very nervous. It’s my first time greeting everyone in a long time, so I worried a lot about what I should say. Rather than anything else, the first thing I want to say is thank you. A few years ago, my health was very poor. But so many people cheered me on and prayed for me so that I could overcome it. I’m able to greet you in good health sooner because of that.”

Kim, known to Filipino fans for his role in the drama series The Heirs, which aired in ABS-CBN dubbed back in 2014, and Uncontrollably Fond, went on a showbiz hiatus after being diagnosed with nasopharyngeal cancer-- a type of head and neck cancer, which starts at the upper part of your throat, behind the nose--in 2017.

According to Korean entertainment website Soompi, Kim is currently in talks for a new film by The Thieves and Assassination director Choi Dong Hoon.