EXCLUSIVE: Dani Barretto on dealing with family drama: ‘I think we’re worse than the Kardashians’ 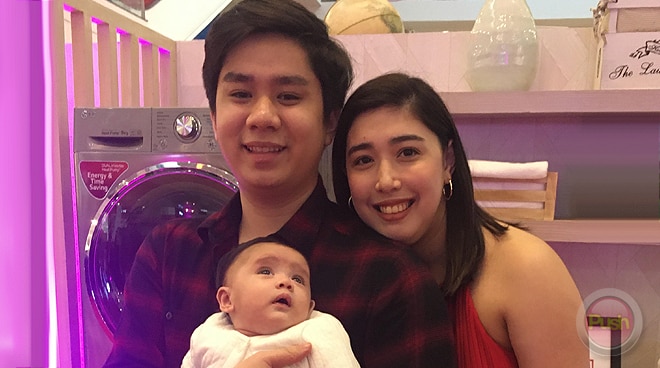 After the incident at her grandfather’s wake last month, Dani Barretto shared that it was not easy for their family, who is still grieving after the loss of their patriarch. The celebrity mom gave her reaction to their family drama being compared as being just as entertaining as the US reality show Keeping Up With The Kardashians.

“Oh my Lord I think we’re worse than the Kardashians to be honest. We’re more dramatic than they are. But then I don’t really know if that’s a compliment (laughs) but at the end of the day, these are real-life issues to be honest,” she commented during the LG Home Solutions appliance launch held last November 15 in Makati City.

Dani admitted that she and her family are trying to live a more peaceful life after everything that has happened.

“At the moment, we’re all just trying to move forward and get past it because it has been really such a difficult month. It’s been a really tough month for us and we’re still grieving the loss of our grandfather. It’s actually his one month death anniversary today so talagang lahat pa rin kami still grieving. But we’re moving forward because I’m sure that’s what he wants us to do,” she revealed.

The whole experience this past month which involved a lot of drama between her mom Marjorie and her sisters Claudine and Gretchen has admittedly made Dani more wary about using social media.

Looking forward to be celebrating her first Christmas with her husband Xavi and daughter Millie, Dani shared she is staying away from controversy for the sake of her family.

“It’s supposed to be the best year but when that happened, I just chose not to say anything or comment on anything anymore. I’d rather just keep my family safe and away from all the bashing because it has been really, really crazy on social media when that happened. I did shy away a bit, more private now,” she added.