Martin Nievera believes the show should have gone on but thinks it’s also unfair to put all the blame on Morissette Amon. 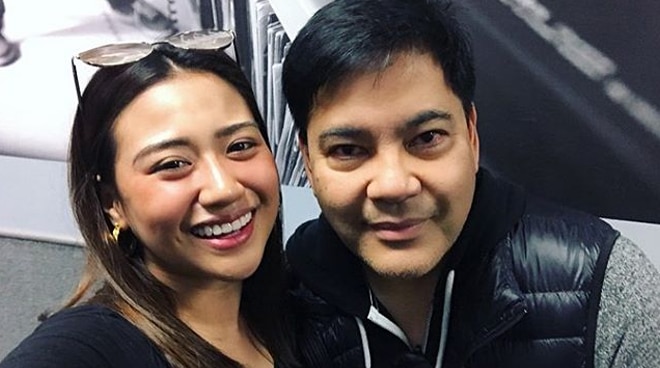 Martin Nievera weighed in on the issue involving fellow Kapamilya singer Morissette Amon who walked out of a concert minutes before her turn to perform.

According to the 57-year-old singer, the incident was a “learning experience” not just for the Asia’s Phoenix but to all the people involved in it.

“Well, everything that I told Morissette myself… I said, ‘Whatever is happening now in your life, these are all lessons, there’ll be a lot to learn.’ I mean everybody. Not just Morissette but everybody who was part of that incident. And all of us, who have been watching from a distance, we are all here,” he said during the ABS-CBN Christmas Station ID 2019 shoot.

He went on: “We have each other’s back. Ganun talaga ang meaning ng Kapamilya. Hindi lang dahil malaking balita ‘yun kung hindi dahil pamilya. We’re a family. She has our support. But more than anything, it’s a learning experience.”

As much as the OPM icon believes in the saying that ‘the show must go on,’ he also thinks it's unfair to put all the blame on Morissette because it wasn’t entirely her show. Plus, he also believes that the show should not have been stopped in the first place.

“It should be that way. Pero in fairness naman, it wasn’t Morissette’s show. It was someone else’s show. Morissette was a guest. That show should’ve also gone on. There should be stopping and explaining. In showbiz, as well know, is very fast, ‘di ba? Kailangan the show must go on for the artist - the star of the show. And it wasn’t Morissette. Ang nangyayari ngayon, siya ang nagiging star ngayon dahil sa mga chismis at mga balita.”

Then again, Nievera also thinks that artists should set aside their personal problems in some cases.

“That’s the worst cliche in showbiz—the show must go on. But it’s so true. We can’t stop, especially a live performance, a concert. Kasi umattend ang mga tao. You have to make them understand na mayroon kaming mga dinadaanan na personal or whatever it is. But that’s probably what Morissette has learned through all of these. That we really have to put our personal stuff aside, lalong-lalo na kung may show,” he stated.

While he chose not to side with anyone, in particular, Nievera believes the producer or any person involved in the show should have just explained to the audience after the show why Morissette could not perform that night.

“But more than anything, the show also, with Jobert [Sucaldito], in fairness to Morissette - and I’m not defending one or the other because I love Jobert and I love Morissette. But we all can learn from this. The show should’ve just gone on. And later on, if people ask ‘Oy bakit wala si Morissette’ Dun ka na lang mag-explain. Hindi habang nag-shushow or bago mag-show. That for me, mali ‘yung timing,” he said.

Morissette has issued a public apology days after the concert of up-and-coming singer Kiel Alo.

Meanwhile, Morissette is busy promoting her new single with A1 vocalist Ben Adams.