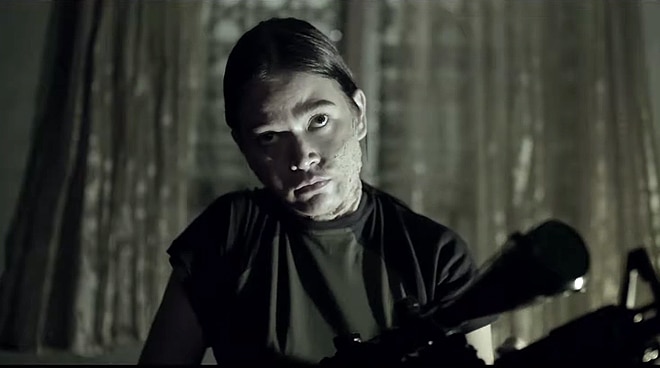 The one-minute video introduces Bela Padilla as a scar-bearing military sniper, whose dismissal from service triggers an emotional downward spiral.  Until one day,  she gets a phone call about a mission that will forever change her life.


A film by Paul Soriano, “Mañanita” had earlier premiered in Japan as an official entry to the 32nd Tokyo International Film Festival.

The movie, written by Lav Diaz and co-produced by Ten 17P,  will open on December 4 in cinemas nationwide.