Joem Bascon and Lovi Poe sizzle onscreen with multiple intimate scenes in and outside the bedroom. 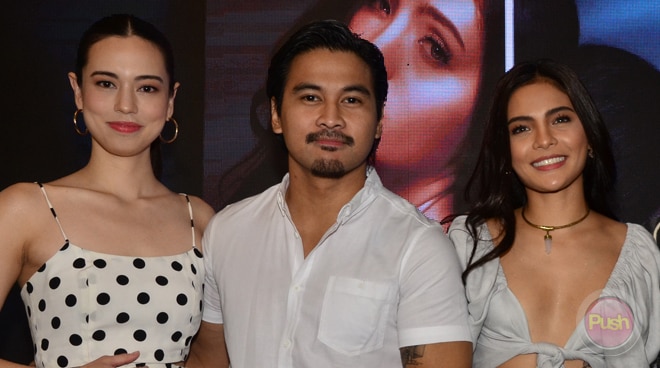 As the first film in the country to focus on the process of annulment, Regal Films’ latest sexy drama The Annulment takes a bold step in highlighting the legal aspects of the process between a mismatched couple who cannot get over their economic and personal differences.

Sherwin (Joem Bascon) is a part-time mechanic slash waiter who falls hard for a rich girl named Gari (Lovi Poe) and despite the glaring gap in their social status, the two eventually end up getting married, much to the disdain of Gari’s parents. After a few years, cracks in their relationship widen the gap between them and the option to annul their marriage becomes more tempting than ever. Acting from the two leads were convincing enough for viewers to see them as a couple with strong chemistry.

Joem and Lovi have several intimate scenes throughout the film, showing the different kinds of scenarios that can fuel the need for intimacy in a marriage. The sexual scenes are raw, the desired effect that director MacArthur Alejandre wanted to project. Which produced an awkwardness that may or may not sit well with the audience. There are also Joem’s intimate scenes with Myrtle Sarrosa that may look a little too awkward for comfort as well.

But more than the intimate scenes, The Annulment gives us a peek into the real-life problems couples have to face everyday. It does not teach nor preach on what couples should do, but instead gives us a slice of life from a situation that can hit close to home.