WATCH: Robi Domingo asks his mother if he can already propose to his girlfriend

Robi Domingo invites his mother in his latest vlog entry. 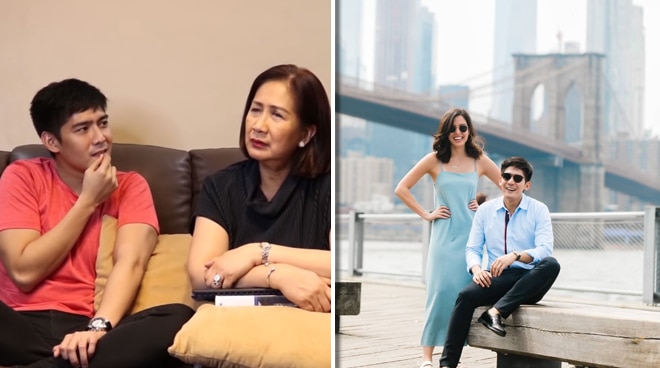 Robi Domingo invited his mother, Dra. Mary Ann Domingo, to be the guest in his latest vlog entry on his YouTube channel.

The television host took a trip down memory lane with his mother as they shared stories behind Robi’s old photos from grade school until he became a housemate of Pinoy Big Brother.


They also had a segment called “What If,” wherein Robi asked his mom random questions. One question Robi asked was about proposing to his girlfriend next year. The host is currently in a relationship with Maiqui Pineda.

Robi assured his shocked mother that it still won’t be happening soon. The television host then gave a moving message for his mother before concluding the video.