Baron Geisler will be one of the lead stars of Viva Films’ 2020 film ‘Tililing.’ 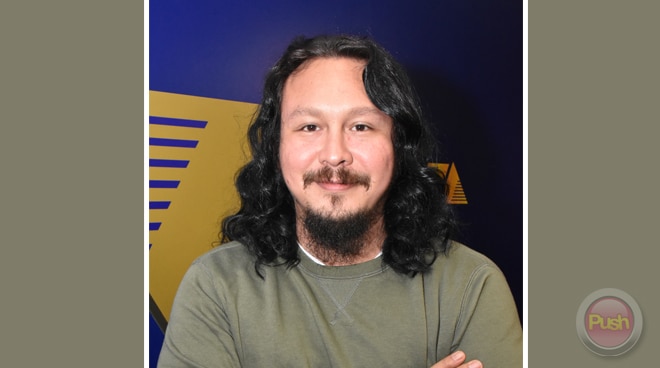 Baron Geisler is one of the lead actors of the upcoming Viva Films offering titled Tililing. Directed by Jowable director Darryl Yap, he will star alongside veteran actress Gina Pareño and comedian Chad Kinis in this project that is set to hit cinemas next year.

In an interview with PUSH after the story conference on Wednesday, October 30, Baron said that he immediately accepted the project. Now a dedicated family man, he shared that he said yes right away honestly because he and his wife Jamie are building a family. “Para makaipon at masustain lang ‘yung income.”

He then narrated that he received the script when he was still shooting for FPJ’s Ang Probinsyano. Still focused on the teleserye and other guest appearances then, it was his wife Jamie who read the script first. “And then ‘nung nasa plane na kami pabalik, I read it and I said, ‘Wow!’ Hindi ko naman alam na lead ako rito or part ako ng lead or juicy ‘yung character. Basta sabi, Tililing [shooting for] two days. So ‘pag sinabing two days, parang one of the extras, parang gano’n,” he recalled. “Pero feeling ko baka maextend kasi ‘yung iba, one day… But may isang day na pang buffer, buffer day lang. So I’m praying na madagdagan.” Earlier during the conference proper, the story was said to have an intriguing plot with a mixture of genres.

With this, Baron expressed his gratitude for being a part of this project. Thanking Viva Films and Viva Entertainment, he said, “I want to thank Direk Darryl Yap, Boss Vic [Del Rosario], everybody, to work again. Kasi ang dami nilang movies, eh. I believe if I put my best foot forward here and if they see na he’s okay, then there are other opportunities and movies… I don’t want to parang overdo it too much but I’ll really do my best para mapansin ako nila Boss Vic.”

Meanwhile, Baron, who got married last September, is enjoying his married life. “Married life is good, it’s fun. No guilt when we have sex because di ba sa congregation namin, as a Christian, bawal ‘yun [premarital sex],” he said.

Indeed, blessings continue to pour in for Baron as his wife is now seven months pregnant. Just recently, the actor proudly took to Instagram to show a sonogram of the baby. In the caption, he said Jamie is set to give birth in February of 2020.

When asked how he reacted when he learned of his wife’s pregnancy, Baron immediately answered, “I was happy. I was happy. Nervous a bit pero I was like, ‘Oh yes, paninindigan ko ‘to.’”

Baron also shared their chosen name for their baby girl, which is Talitha Cumi. According to the actor, they got the name from the Bible. “It’s when Jesus Christ resurrected this young girl, and Jesus said, ‘Young girl, arise’ or ‘Little girl, arise.’ In Hebrew, Talitha Cumi.” Further, his wife, who was around during the interview, explained that Talitha translates to little girl while Cumi is arise. Baron said their baby’s nickname would be Tali.