The lead stars of Netflix's Insatiable, with our very own Gloria Diaz, proudly wore clothes made by Filipino designers at a welcome dinner event in Bonifacio Global City yesterday, October 7.

Debby Ryan, who plays Patty Bladdell in the show, donned a black dress made by Patty Ang. Dallas Roberts, who plays pageant coach Bob Armstrong in the show, wore a black barong designed by Randy Ortiz.

Of course, the ever-elegant Gloria Diaz, who is set to make a special appearance on the show, was dressed in a fuschia outfit made by Don Ramon Esteban.

THE Debby Ryan wearing @pattyang_ + Dallas Roberts in a @randy_e_ortiz barong + a reunion with @gloria.diaz69 (in Don Ramon Esteban)??? My Filipino heart is swelling with pride 🇵🇭❤️ #InsatiablePhilippines

The stars of the hit Netflix show are currently in the country for a special fan event called #InsatiablePhilippines.

Other popular Filipino personalities in attendance at the private event were Isabelle Daza, Laureen Uy, Raymond Gutierrez, Ruffa Gutierrez, and BJ Pascual among others. 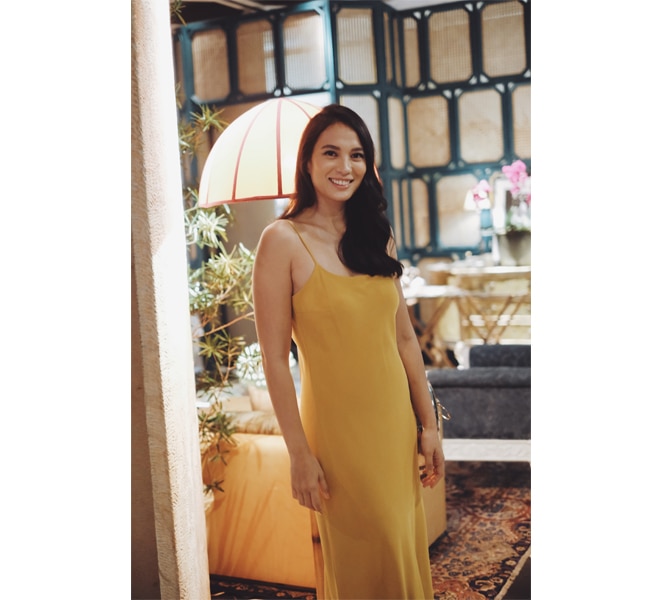 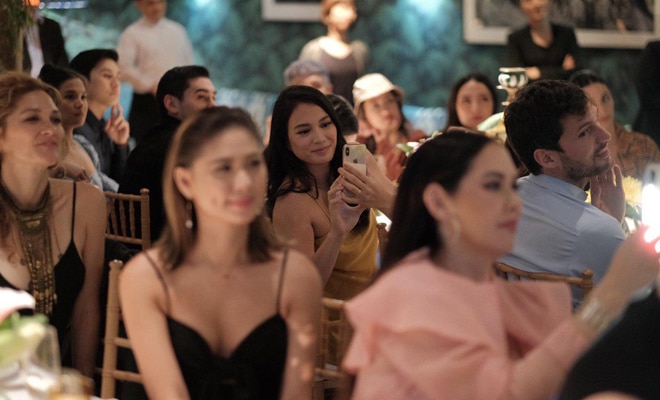 Insatiable is a show about a bullied teenager who worked her way to becoming a beauty queen so she can take revenge on her enemies.

The second season of the show is set to start streaming on October 11.