Gerald Santos returns to the local stage in another Tony Award-winning play. 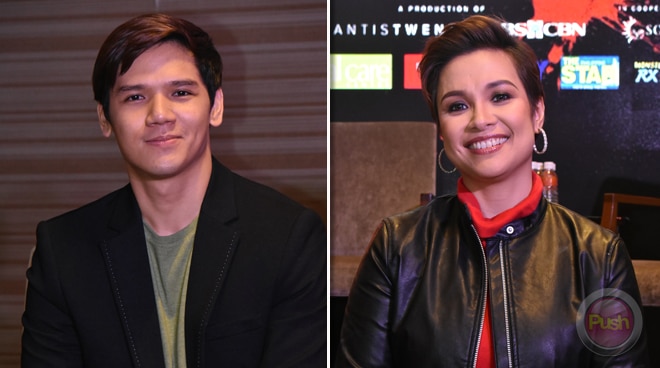 It’s been more than a decade since he broke into local showbiz and now Gerald Santos admits he has come a long way since winning a singing competition on TV and eventually landing a stint in the European tour of Miss Saigon.

The talented singer ended his his almost two-year run on the show and is now part of Atlantis Productions latest musical Sweeney Todd: The Demon Barber of Fleet Street.

“It feels amazing to be back and actually hindi rin ako makapaniwala that right after Miss Saigon I get to work with the original Kim of Miss Saigon. So I’m truly grateful and blessed,” he shared during the Sweeney Todd press launch held last October 2 in The Theater in Solaire in Pasay city.

As part of the main cast, Gerald admitted he is still in awe of the Tony award-winning actress as well as other veteran cast members like Jett Pangan, Ima Castro, Andrew Fernando, and Nyoy Volante.

Gerald shared he had fun with his role. “Anthony is just a young hopeful cheerful, nice guy who just wants to explore the world and who happens to bump into a woman and it’s love at first sight. So he’s the Prince Charming in the story. For the most part I can really relate to him that he’s attracted to pretty women and I’m attracted to pretty women so I can relate to him well with that (laughs). Anthony likes to explore the world and enjoy his life. Parang akong ako si Anthony actually so sobrang easy for me to relate to this character. Pati yung pagkamapusok niya because of love at first sight for Joanna,” he explained.

Sweeney Todd turned out to be one of the most challenging vocal performances for the 28-year-old singer.

“For me yung pinaka-exciting is tackling a Stephen Sondheim musical alone is very exciting for me kasi it’s my first time doing a Sondheim musical and to do yung music nito is very challenging and of course working with the rest of the cast is the most exciting part for me,” he said.

Sweeney Todd: The Demon Barber of Fleet Street will run from October 11 to 27 at  the Theater at Solaire. The musical also stars Lea Salonga, Jett Pangan, Ima Castro, and Nyoy Volante. Tickets are available online at Ticketworld.