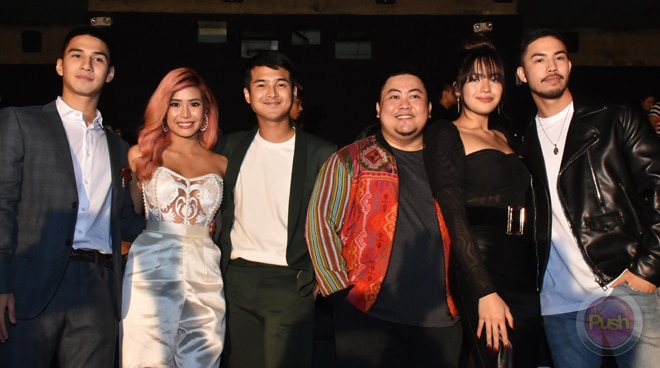 Not to be brushed off as your average “tropa” film, director Jason Paul Laxamana showcases the real ups and downs millennials face after graduating from college in his latest writing and directing project Ang Henerasyong Sumuko Sa Love. The film revolves around the stories of a typical college barkada on the verge of joining the working world, played by Tony Labrusca, Jerome Ponce, Jane Oineza, Albie Casino, and Myrtle Sarrosa.

Unlike most young adult films that overly delve into romance or misadventures, Ang Henerasyon takes its time developing each character’s back story, and at the same time building up suspense for what will happen next. It shifts from past to present without being confusing and it sets up the premise for the scenes that will go next. Jerome Ponce is a revelation in his first openly gay role as Denzel, a young entrepreneur who has commitment issues. Jerome plays the role convincingly without being overtly effeminate and is a funny and endearing character at the same time.

Jane Oineza plays aspiring vlogger Maan who is determined to do anything just to gain more followers. Her frustration at achieving influencer status is a goal most social media users can relate to. Jane sheds her dramatic actress side for a over-the-top version of herself as a YouTuber with nothing to lose. Myrtle Sarrosa and Albie Casino play live-in partners Junamae and Hadji and although their storyline is the most minimally explored of the group, their relationship represents the ups and downs of a first time attempt at mature love. Tony Labrusca ties the group together in the role of workaholic graphic artist Kurt who deals with adulting problems more than anyone in the group.

Entertaining, smartly edited, and written with a whole heart of heart, Ang Henerasyong Sumuko Sa Love is not just geared for the millennial generation but an eye-opening lesson for those who have always wondered about what goes on in someone’s life beyond what you see on their social media.