Singer Leila Alcasid says she was never spoiled while growing up in Australia. 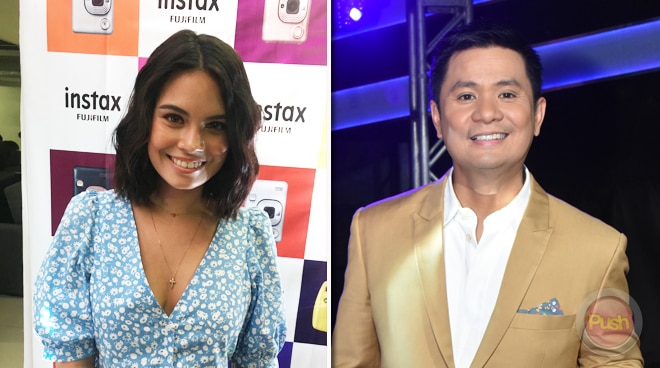 While growing up in Australia, Leila Alcasid said she was never spoiled by her father Ogie Alcasid. “I wouldn’t call it spoiled. I guess all my parents are very naturally generous so it’s almost like their  love language that’s their way of showing that they care about us. But it was always within reason. They didn’t give too much but there would always be just enough and they told us to be appreciative,” she shared during the launch of the new Instax mini LiPlay held last September 28 in Taguig City.

Now that she is living in Manila with her dad, Leila said she appreciates the simple things. “I think my loved ones are very, very generous. The biggest thing that my dad would give me was his time and now it’s reverse, the biggest thing my mom can give me is her time. So I really appreciate when my loved ones kind of think to give me quality time. I recently went back to Australia and the one thing I missed was just even if we were just at home doing nothing, I like sitting with my family and that in itself is generous. My parents are very busy so that’s one thing that I appreciate and it’s a lot to make time for someone especially nowadays when everything’s moving so fast,” she said.

With her sister Sarah finally getting her own car in Australia after turning 16, Leila said she went through the same thing. “Growing up I also got a car, things like that. But it was always things that we needed or things that we would really appreciate. It was never too excessive to I’m glad that they also kind of taught us now that we’re older and giving gifts as well, we’ll also learn to be generous too. So it’s cool,” she added.

As she turns 22 this month, the Instax Mini endorser revealed what was the best and most unforgettable gift she ever received from her dad Ogie. “I had this thing growing up where I couldn’t ask for anything. Because even until now I have this way of thinking like if it’s a gift, I want them to really think about what they would want me to have and not so much about me telling them what I want. So growing up I never really asked for anything but he always seemed to know exactly what I wanted. A lot of the time, it was just his company. Like he would come fly over ever couple of months and that was already a big enough gift for me. I remember on my 18th birthday which was a while ago now, he had so much work he flew in for a day, just one day, so that whole trip, paying to come for literally 24 hours, that was already enough of a gift. So I’ve never asked for anything specific, just for him to be around,” she shared.