The production for the ‘Options’ MV was led by South Korean commercial director, Dawittgold, who previously worked with K-pop group EXO. 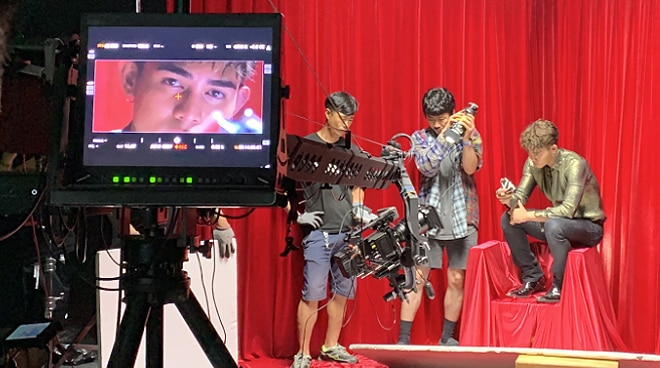 Inigo Pascual set the bar higher in his latest music video for "Options." Released on Wednesday, October 2, fans raved about the aesthetics and the cinematography of the singer's latest release.

The production for the music video was led by South Korean commercial director, Dawittgold, who previously worked with K-Pop groups EXO, FTIsland and NCT. According to Tarsier Records, the "Options" shoot took 2 days on 8 different sets and in 2 locations, one of which is a studio solely built for shooting Korean music videos and TV series.

“It’s the first time that we did this, and I’m claiming it to be successful. I’m thankful for the experience and the people that I met," Inigo said.

The "Options" music video is now available on Star Music's YouTube channel. You can also stream the song on Spotify.