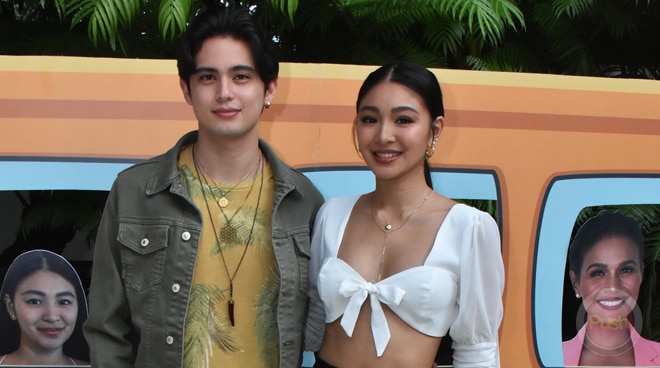 It’s been five years since his love team with Nadine Lustre officially got launched in the movie Diary ng Panget and James Reid shared that things have only gotten even better between them ever since.

After more than three years of dating, the couple finally admitted to living together earlier this year. But even with James all set to star in a new ABS-CBN series next year called “Soulmate,” the Fil-Aussie actor revealed why Nadine will always be his real life soulmate.

“I think for me you just know it’s meant to be when it’s easy, it’s not forced. Everything just falls into place. Kind of like gravity. You just fall into it. It’s just easy. That’s how you know,” he told PUSH.

READ: Nadine Lustre and James Reid share how life is at home

Even though his relationship has always made showbiz headlines,  James admitted he knew Nadine and him were meant to be together when they instantly got along.

“When there’s so much drama and so much friction, I don’t think you should force it,” he said.

When not in front of the camera, James revealed that his girlfriend has one quirky habit that he finds very endearing.

“When she does baby talk to Cal (their ten-month-old pet Corgi). She really loses herself and goes full crazy when she’s doing baby talk to our pet. It’s a sight to behold when you see it,” he shared.