Arci Munoz couldn’t help but feel emotional as she watched the boys of BTS in action. 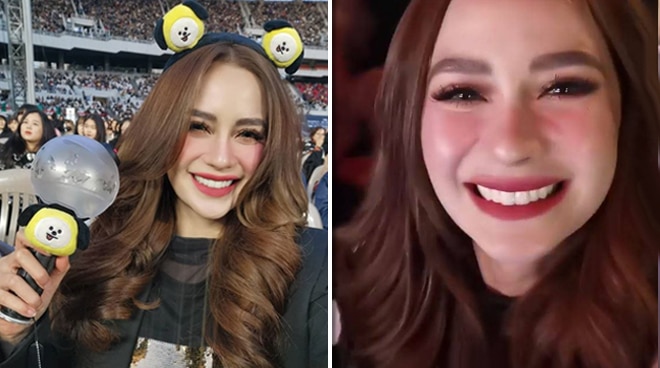 Arci, one of the biggest celebrity ARMYs in the Philippines, flew all the way to South Korea just to see one of the remaining shows of BTS’ Love Yourself Tour.

On Instagram, the Pamilya Ko star shared photos of her striking a pose outside the Seoul Olympic Stadium.

Of course, she also shared an emotional video of her while watching the concert.

In the video, she can be heard saying, “Naiiyak ako.” Watch the video below:

Before she watched the concert, she first had a BTS-inspired design tattooed on one of her arms.

Arci Munoz’s bias in the K-Pop group is Jimin.