EXCLUSIVE: Luis Manzano remembers meeting his childhood crush on the set of ‘Darna’

Luis Manzano is proud to be part of the Hope in A Star advocacy campaign. 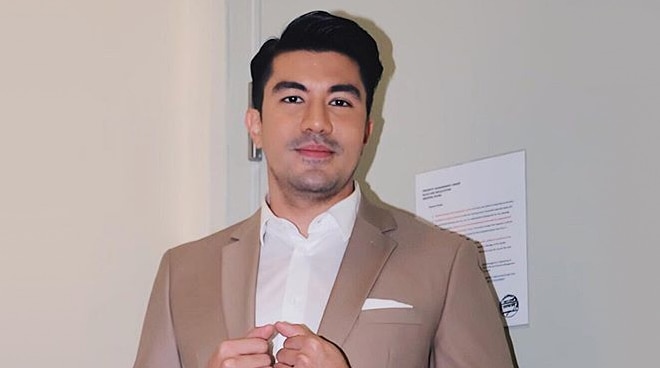 As one of the celebrities who signed up as part of the Hope in A Star website campaign which gives people a chance to win a date with their favorite celebrity for every donation online, Luis Manzano said he is proud of to be included in the roster. “Sometimes you want to do so many things, at the same time you can’t look for the perfect venue para sa mga gusto mo gawin. Ito eksakto when Nanette Medved called me, unang kita ko pa lang, kumbaga it wasn’t even explained. She just said, ‘Luis we’re doing something special Hope in a Bottle’ and I said yes. It didn’t even take me two minutes to agree to something as special as this,” he told PUSH in an exclusive interview.

Having first met Hope in A Star founder and former actress Nanette Medved as a child, Luis said he has never forgotten visiting her on the set when she played the iconic role of Darna onscreen. “I was young. I could be wrong but I think I was about 10 years old nung time na yun. It was somewhere in Batangas. Baka nga Puerto Azul pa yung resort and I think it was my mom that found a way for us to meet kasi nung time na yun sobra ang crush ko kay Ms. Nannette (Medved). Sabi nga ni Ms. Nanette when she was doing Darna, may nagsabi sa kanya, I think my mom did it, ‘O my son wants to meet you’ so akala niya teenager. Biglang may tumatakbo papunta sa kanya na small kid so ako yun. So it was quite an experience para sa isang bata na makita ang kanyang crush dati, na si Darna pa,” he recalled.

As a participating celebrity, Luis said he hopes people can share in the advocacy to help build more classrooms for school children all over the country. “They just need to go to www.hopeinastar.com tapos basically kailangan lang mag-donate at ang magiging minimum is P20. Every P20 donation is one chance of spending time with me. Each of the different artists, may mga kanya-kanyang special date na puwede nilang gawin. For me, it’s going to be a very, very special pizza date. We’ll make pizza and eat the pizza together at mag-ku-kuwentuhan tayo. We’ll make it something fun for all my followers. All the details will be there in the website. Kung ayaw niyo man sa akin, we have other celebrities na it’s going to be a fun time with them but still all proceeds will be for something very noble,” he explained.