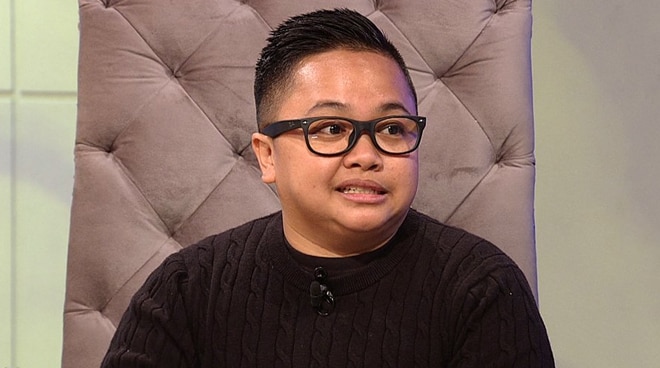 As he gears up for a one night only show Kwerdas, Ice Seguerra said he is happy to be sharing the stage with folk singer Noel Cabangon on November 23. During the Kwerdas presscon, Ice gave an update after going public with her ongoing battle with depression. The talented singer reveals he is now undergoing therapy for the condition. “Yes. So far naman I’ve been diligent sa pagbalik ko sa doctor. Siguro because now since there’s a bigger awareness sa mental health issues, before kasi fear ko nun was siyempre ayoko ma-adik sa gamot, ayoko mag-rely masyado. Siguro din, I’d like to think that there’s more ways now and the meds are safer and it’s helping me naman. Like I can see the difference before I took my anti-depressants and now that I’m taking it, nakita ko rin naman,” he told PUSH in an exclusive interview.

In the iWant digital series Call Me Tita, Ice plays the role of an artist named Sam who gets involved with Mylene Dizon’s character. Ice said he is proud of his first major LGBTQ role onscreen. “Yes, finally. My first, first naman talaga na LGBTQ role was in Be Careful With My Heart but siguro ang difference lang dito is finally may love interest. Unlike nun talagang may friend lang ako, eto talagang mas na-ta-tackle na talaga yung relationships and how it is basically the same with any other relationship. So I’m just happy that I’m part of this series kasi na-ta-tackle siya in a very sensitive yet very humorous way,” he explained.

Ice said that after Call Me Tita, he is open to doing more roles to help spread more knowledge about the LGBTQ community. “I would love to do more roles like this kasi parang it’s also a way for people to understand our story, not my story but the LGBT community. Kasi ngayon parang nakikita nila LGBT sa headline pero parang napatay or the Gretchen Diez issue or all the other issues. To humanize the LGBT, parang tanging kuwento lamang ang makakapag-humanize. Sa pagkukuwento lang makikita ng mga tao na hindi pala kayo iba sa amin at hindi pala ako iba sa inyo,” he shared.

Watch Ice Seguerra perform with Noel Cabangon in the one night only show Kwerdas happening on November 23 at The Tent in Solaire in Pasay city.