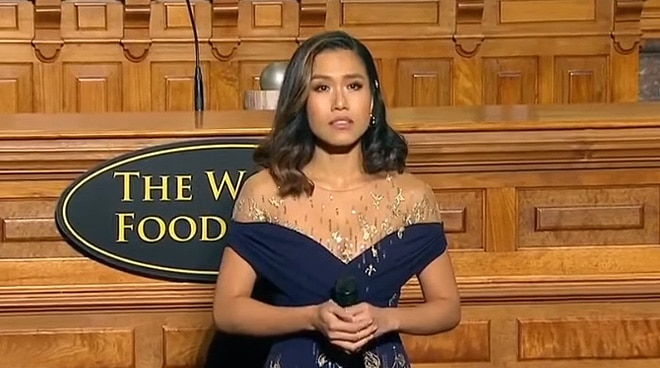 In the video uploaded by RJtexasUSA on YouTube, Rachelle performed "Bayan Ko" and a Broadway medley of "I Dreamed a Dream," "On My Own," "The Movie in My Mind," and "Defying Gravity." She concluded her outstanding performance by singing "Rise Up."

Rachel received a standing ovation and a resounding applause from the audience.

The ceremony is a prestigious event, which invites performers from around the world to honor the World Food Prize Laureate.