Marjorie Barretto confirms Recom Echiverri has a child with her

Marjorie Barretto says Erich is her daughter with Recom Echiverri. 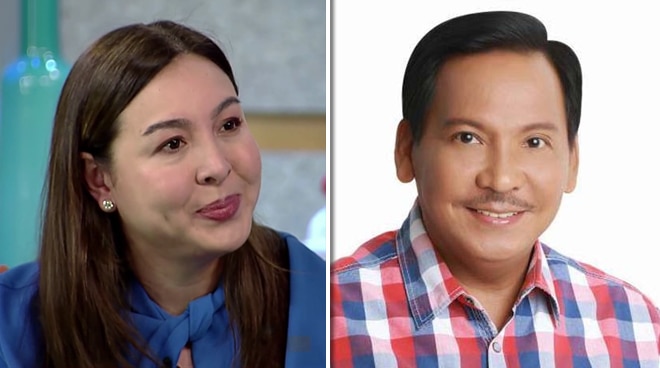 Marjorie Barretto confirmed during her tell-all interview on TV Patrol that former Caloocan City  mayor Enrico “Recom” Echiverri is the father of her youngest daughter Erich.

“Recom Echiverri is the father of my youngest daughter. That’s all I have to say,” she said.

This comes after the ex-mayor’s name was repeatedly mentioned during her public spat with sister Gretchen Barretto who often addresses her as “Marjorie Echiverri.” After getting involved with a married man, Marjorie stressed that she isn’t perfect.

“Alam mo, hindi ako perfect. I’m very strong in many ways, pero sa pag-ibig talaga, mahina ako. I’m sorry, I’m not very proud of it. That is the reason why I was not announcing to the public,” she said.

She then explained why she kept her daughter Erich from the public eye. Erich was only introduced to the public in 2018.

Just after the commotion involving Gretchen and Marjorie at the wake of their late father Miguel, Gretchen said that their youngest sister Claudine Barretto is planning to file a molestation case against the ex-mayor.

“That’s Gretchen’s favorite word. She said my father molested her when she was young, and then now she is saying that even my children, who are perfectly okay in their lives, sasabihin niya namolestiya. I don’t know what fantasy that is,” she said.

Marjorie then recalled the time when Claudine asked for financial help from Recom but she was hesitant to grant Claudine’s request.

“I was against it, because we were really not in good terms with Claudine. I said, ‘Delikado to associate with her.’ She’s unstable. I will not say more. But he said, ‘Pag hindi naman natin tinulungan, baka sa iba humingi ng tulong at mapahamak,’” she recalled.

“With a heavy heart, I let him. Tinulungan niya si Claudine. To our surprise, we never thought it was a setup. It was intended to hurt me, harm me, and destroy his person, when all along, all he really wanted to do was to help her,” she shared.

Marjorie did not reveal more details about the situation but said, “I think Mayor Echiverri is perfectly capable — he is a lawyer also — to handle that.”