EXCLUSIVE: Pia Wurtzbach denies movie with Vhong Navarro is not pushing through: ‘It is just a delay’

Pia Wurtzbach shares why shooting has been put on hold with her latest movie project. 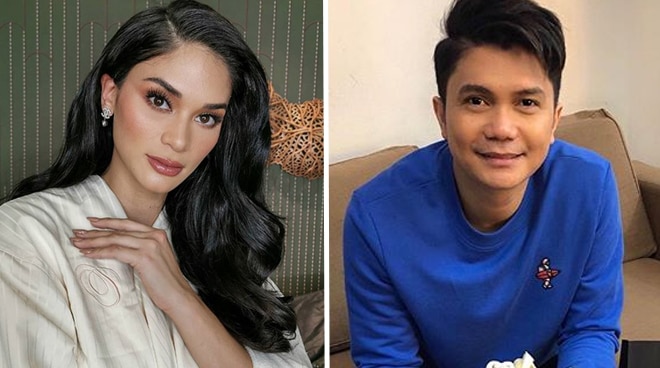 As one of the celebrities raffling off a celebrity date in the Hope In A Star online campaign, Pia Wurtzbach said she is proud to be part of an advocacy that benefits children’s education in the country. “Any time that I can offer my time and my help for a good cause, I always offer. I don’t feel like I’m exclusive to one advocacy lang naman. If I can offer my services to other advocacies then I’m game to do it. When I saw the campaign that they were doing for Hope in a Star, I said yes right away because I was also a student before. I also had experience in school before,” she told PUSH.

The beauty queen-actress said she did not hesitate when Hope In A Star founder Nanette Medved Po invited her to join the roster of celebrities which also include Nadine Lustre, James Reid, Luis Manzano, and Iza Calzado. “Growing up I realize na napaka-importante talaga ng education and I wouldn’t be here now without everything that I learned in those four corners of the classroom. Everything that I learned from the teachers and the books and my classmates. So it’s really important that we give these kids a safe space where they can sit down and learn and be comfortable at the same time. It’s not just building classrooms, it’s like really building futures. So it was so easy for me to say yes and sana marami pang ibang artista who can offer also some experience for free for a good cause. San dumami pa kami,” she said.

After announcing earlier this year that she is working on a new project with Vhong Navarro, Pia took the opportunity to clarify that the movie has not been cancelled. “They want it to look really good so they’re still at work up to now. Kami ni Vhong we’re okay but then mabuti na rin siguro yun that we got to shoot an hour’s worth of scenes already then ni-review muna bago dinecide na maybe we need to do some changes. Because we wouldn’t want it to come our half-baked di ba? We want to make sure that it’s a 100% what we want to show everyone para hindi masayang yung pinaghirapang pera nung mga manunuod at saka para hindi rin kami mapahiya (laughs). Para sa ating lahat ito so mabuti na rin siguro,” she said.

With almost one hour worth of footage already been shot, Pia shared that filming will resume again next month. “From what I’ve been told, it is just a delay. Vhong and I are on standby. We’re cool, we’re game to shoot again any time,” she added.