‘What would make you walk out of our marriage?’ Paul Soriano answers Toni Gonzaga 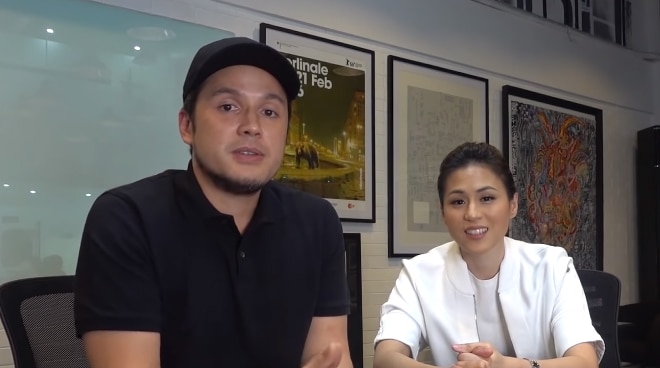 After several attempts, Toni Gonzaga was finally successful in convincing her filmmaker husband Paul Soriano to join her in her vlog.

In her latest vlog, Toni interviewed her husband, who is very private with his life, and asked him questions that she didn’t ask before.

The topic started from why does he wear the same outfit everyday to their married life.

Paul explained that he likes the color black and he chose to wear the same outfit to save time from thinking of what to wear and added that it was comfortable. He then said that he is wearing a cap since high school because he gets lazy fixing his hair.

Back when he was single, Paul shared that he was attracted to women who are goal oriented, career driven, and family oriented. He said that he thought Toni was ‘the one’ for him when he couldn’t forget the TV host-actress.

“When you were my girlfriend I didn’t expect that you would be able to take care of a home. You’re a homemaker, housewife despite the 101 things you do. When we were dating I had no inkling about that,” he shared.

Paul then expressed his love and appreciation for Toni who is a hands on mom to their son Seve.

Before the interview ended, Toni asked, “What would make you walk out of our marriage?”

“It’s when you walk out,” he answered.