“Thank you so much for being such an inspiration, for being my every day, for keeping up with my weirdness. This one's for you,” said Arjo Atayde, who won Best Drama Supporting Actor at the 33rd PMPC 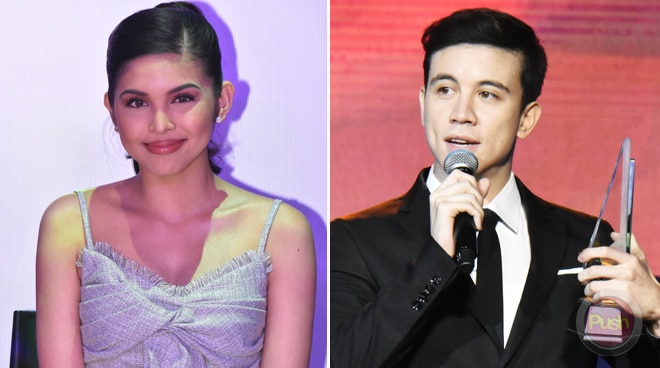 Arjo Atayde could not help but turn emotional as he accepted the Best Drama Supporting Actor Award at the 33rd PMPC Star Awards for Television on Sunday.

The actor was recognized for his role as Elai in the action-drama series The General's Daughter.

In his speech, Arjo thanked ABS-CBN, his family, and fellow stars on the show for believing in him.

"I want to thank the cast for teaching me every day, I remain to be a student of what I'm doing every day, and I'm very thankful that I'm privileged that I'm working with all these brilliant actors and actresses," he said.

"I told you, I doubted myself. Every day. Every day, you believed in me so much. You told me, 'Arjo, you can do it.' And now, I'm standing in front of you guys with this award. Thank you. I love you guys so much," he added.

By the end of his speech, he also specifically thanked his rumored girlfriend, Maine Mendoza, for inspiring him.

"Last but not the least, Maine, thank you so much for being such an inspiration, for being my every day, for keeping up with my weirdness, this one's for you," he added.

The recognition comes after Arjo earned praises from the Autism Society of the Philippines for his "sensitive" and "nuanced" portrayal of a young man with autism on The General's Daughter.

Meanwhile, although he and Maine have yet to go on the record and confirm being in a relationship, Arjo has said that he is "happy and super content" with what he has now with the actress, adding that he's "not going to mess this up" in an interview last April.