Tony Labrusca reveals why he doesn’t want to fall in love yet: ‘I really want to put myself first’

‘Ang Henerasyong Sumuko Sa Love’ star Tony Labrusca shares what it feels like to be misunderstood. 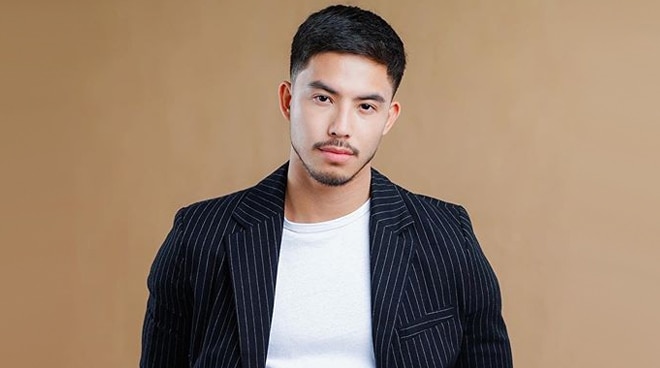 Just like his character Kurt in Ang Henerasyong Sumuko Sa Love, Tony Labrusca said he has no time to fall head over heels in love with someone at the moment. “Ako hindi talaga. Baka one day mangyayari sa akin na mabaliw na ako kasi nabigay ko na lahat tapos wala pa rin. Sana naman I don’t get misunderstood but I really want to put myself first and I hope that doesn’t sound wrong. I hope that doesn’t sound selfish. But I think I owe it to myself na it’s time I have to put myself and my family first before I do that to somebody, put them first and lose all the blessings that I’ve been given. For me hindi po talaga,” he said.

It’s been almost three years since he entered showbiz via Pinoy Boyband Superstar but Tony said he has already accepted that one of the challenges of being a celebrity is also about being misunderstood. “In showbiz, you say something and it gets multiplied into a hundred times. It gets put into a bigger proportion. You know people take things the wrong way. I think it’s part of our job na we’re always getting misunderstood. But I think it’s about how you handle yourself when you get misunderstood that really puts the test to your character,” he said.

Tony said that he wants to always be positive even when it is difficult. “A lot of people these days who get misunderstood will lash out and for me, even though that’s what I want to do as well, it’s my responsibility if I want to change people’s perspective. To be responsible, to react in a way that they would not expect, to act out of love, to act out of kindness, even though I’m being misunderstood,” he added.

The talented actor also shared one experience that made him more a non-judgmental person. “I love to be a very open-minded person. I remember nung nasa elementary school ako, may nakita kong kaklase ko na nakasuot ng headpiece parang hijab siya or something. I’m not sure what it is called but she was wearing a headpiece. Sobrang fascinated ako sa kaniya. Gusto ko siya maging kaibigan hanggang naging magkaibigan na kami. So I love being friends with people from all walks of life and I love accepting them. In our world ang napansin ko, everybody wants to be heard but at the same time napaka-sensitive natin,” he shared.