Shawn Mendes went on a stroll around Makati on his own. 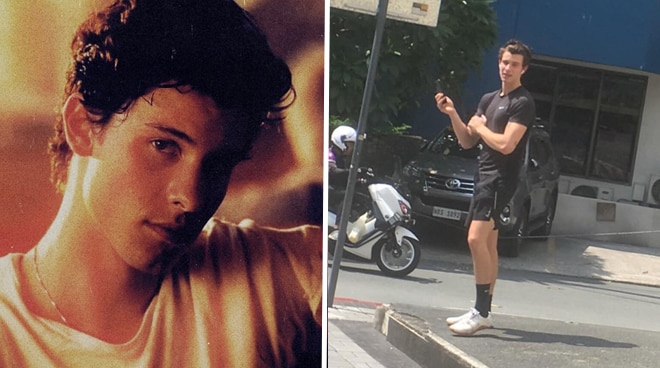 A day after his sold-out show at the Mall of Asia Arena, pop icon Shawn Mendes took a day off his busy schedule and casually roamed around the streets of Makati City.

A netizen named Chris Mark Oblanca shared snaps of the "Treat You Better" hitmaker on Facebook.

In the photos, Shawn Mendes can be seen wearing black shirt, black shorts, and white sneakers.

Going on a stroll around cities after shows aren't new to Shawn Mendes.

Back in 2017, Shawn Mendes went to a resort outside Metro Manila before his show in Manila.

Just a few days ago, fans saw the 22-year-old popster on "tourist mode" at a mall in Kuala Lumpur, Malaysia a day after his show.

shawn at a mall today in kuala lumpur, malaysia☀️👼🏼🦋 pic.twitter.com/pLQbSw4s0X

Mendes, who performed last October 10 at the Mall of Asia Arena, is set to perform his next show at the Cotai Arena in Macau on October 13.