Lee Seung-gi shares what his dream role is

At his media conference, Korean star Lee Seung-gi reveals how it was working on his new TV show Vagabond and what role he wants to do in the future. 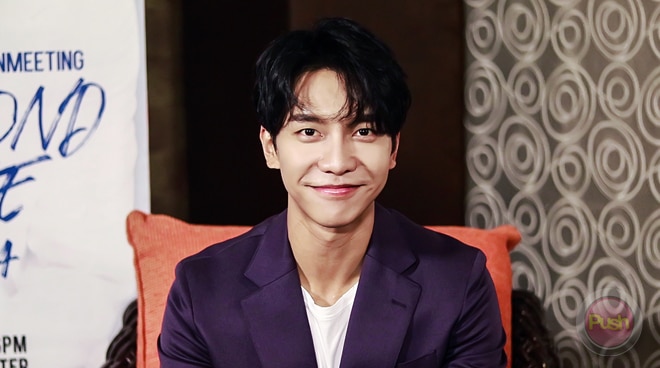 During his media conference, Korean actor Lee Seung-gi shared that he enjoyed shooting his latest drama Vagabond in Morocco.

"The weather was fantastic and that there is that special texture that Morocco has on its own, no matter how much we try we could not put it fully to the scenes of the show. Now I understand why a lot of Hollywood directors chose to film there it's such a fantastic place," he said though an interpreter.

He also revealed how it is working again with Gu Family Book co-star Suzy Bae.

"It's been six years and both of us had a lot of time to grow. And it's fantastic to work with such a great actress. It's not easy to actually meet twice with someone who's great with acting. In the span of six years we both have had a lot of experiences ... we were glad to collaborate again this time."

On what he wants Korean drama fans to know, Lee Seung-gi said that the work they put in to each production are top-notch.

"I want fans to realize that K-dramas are fun to watch. I want them to realize the qualities of our TV shows are increasing and when it comes to K-dramas they can trust the plot, the story lines and that's what I want to achieve on this show."

For the praises and awards that he has received, the multi-talented actor said he defines his success differently.

"You know it's my job to be a celebrity and it's an honor to be part of these lists and be given these awards. I have a lot of sentiments to it. I am thankful a lot of fans love me for who I am and that's something that I cherish for a long time.

"But as an entertainer, a celebrity, in my future plans and the success I want to achieve isn't in the awards but being able to chose a project I believe and fall in love with and be able to put my soul in. That is something what I would consider my success," he emphasized.

As for his dream role, Lee Seunggi admitted that there is still one he has yet to do.

"I've been on variety shows, I'm a singer and I have had a lot of projects but something that I havent done yet I believe is playing a specific professional role. Whether in dramas or movies I don't think I have really portrayed any smart characters. So hopefully it would be something that would come along the way."

For the roles he has portrayed, he said the one in Vagabond is the one that is memorable for him at the moment.

"I don't have a great memory, so the fondest memory would be now. I think the project that would have the most impact in my life would be a project like Vagabond because it's being aired not only in Korea but also on Netflix, so if it will be loved by fans all over the world. that would set a standard for all the K-dramas to follow and make a mark in K-drama history and the industry as a whole. That would be an ideal impact that I would like to have in my life."

On his music career, Lee Seung-gi remarked that it is something his fans can look forward to in the future.

"And regarding a future music album, I'm going to keep it a little secret, I'm not going to spoil the good things about it."

The hallyu star is set to have his first fan meet in Manila tonight, September 12, at the New Frontier Theatre.