EXCLUSIVE: Nanette Medved reveals why she has no regrets leaving showbiz 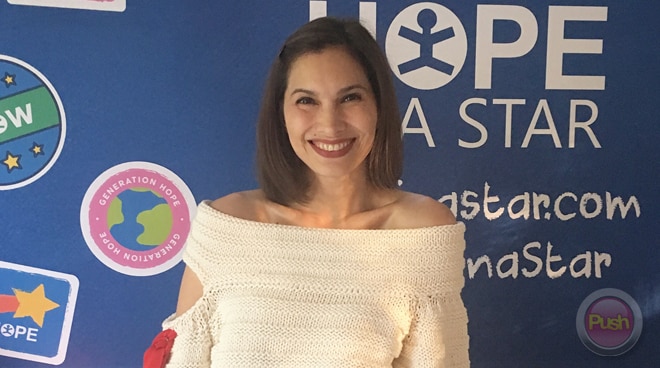 It’s been almost two decades since Nanette Medved last appeared onscreen, with her last project the Fernando Poe Jr. movie Ang Dalubhasa in 2000. She was also known for playing the role of iconic Pinoy superhero Darna in the 1991 movie version. But ever since she started a family and announced she was focusing more on doing advocacy work as the founder of several foundations, the actress turned philanthropist said she has no regrets turning her back on the limelight. “I think that it’s because I love what I do. We all kind of choose to serve in our own way and so this is the way I choose to serve and so there are no regrets to that. Plus I have an amazing family, a great life, and I get to do this really meaningful work,” she told PUSH during the launch of the Hope in a Star website last October 10 in Makati City.

Nanette recalled the last project she did and why she has not accepted any more offers since then. “I think the one I couldn’t resist was really when FPJ called me to do the last project because I love him dearly and I said I can’t say no to this man you know. So I did that and there were a few times where some of the great studios would call and say, ‘We have a special project.’ They would show me a script and I’d say, ‘Maybe a few years ago I would’ve done that.’ It made me pause but I knew that this was the direction instead that I should be going on,” she explained.

After playing Darna in the ‘90s, Nanette said she has no more interest to be part of the much awaited Darna project, even if she were offered to do a cameo. “Oh my God no I don’t think so. Nobody wants to see me (laughs). It’s okay. Let all these young, inspired, new guys do it. I’ll support them. I’ll cheer from the back,” she said.

Being a full time housewife and philanthropist, Nanette says she is always grateful to her loyal fans even after retiring from showbiz. “Luckily it’s something that I haven’t lost. So the great thing about Filipino fans is that they’re always there for you. And I found that even if I’ve been away for such a long time, when I have something to say, they’re just such a great support for me. So even if I’m gone, they’re still there and I really, really appreciate it and I hope that I’m doing right for them by being a good example,” she adds.

With her Hope in a Bottle campaign having built 91 classrooms through the country, Nanette hopes donations on the Hope in A Star website can surpass that feat to provide quality learning environments to 20,000 Filipino students. Every P20 donation online entitles a donor a chance to win a one-of-a-kind date with a celebrity of their choice. “They just have to go to www.hopeinastar.com and choose the Celebrity Experience that they want to go on and then you just click Donate and it gives them the option to donate as little as P20 for a chance to win. And then at the end of the year, we close the fundraising and we choose a winner and we notify them within two weeks. So it’s pretty simple but we’re also going to be launching a few other surprise celebrities for our Christmas group which is coming up soon,” she shared.

Nanette Medved Hope in a Star