Markus Paterson said he initially felt jealous with Janella Salvador and Joshua Garcia’s tandem but he soon realized it was just for work. 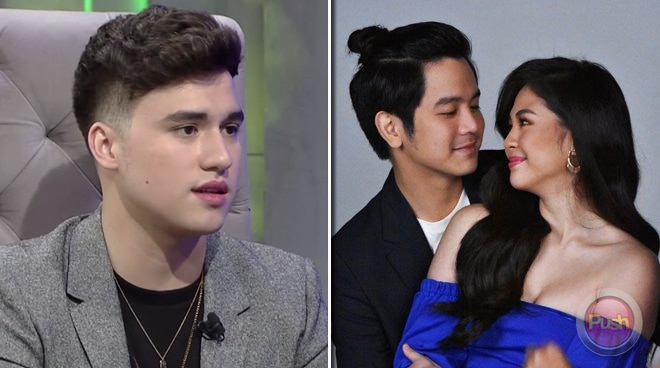 Despite not directly confirming that he and Janella Salvador are an item, Kargo star Markus Paterson admitted on Tonight with Boy Abunda that Janella is special to him and he is not denying whatever’s going on between them.

“What we have is between us and we want to keep it that way. Obviously because she said she didn’t want to have a relationship with the world, she’s experienced that and I want to respect her so I’m not going to say anything, to confirm or deny it,” he said.

While host Boy Abunda said he’s happy that Janella found happiness in Markus, he then reminded the young actor that being a public figure is a blessing and a curse.

“We’re not hiding, we don’t hide from anyone we’re just… right now it’s not the right time for anything. She’s very successful with the show and that should keep going,” he said.

While on the show, he also admitted that he initially felt jealous with Janella’s team up with Joshua Garcia. Joshua is Janella’s current leading man on the show The Killer Bride.

“Kahit ako [kinikilig] now but not before,” he quipped.

“Alam mo yung unang feeling na konting selos na butterflies but when I thought about it well it’s work and they’re both good about what they do and they can create chemistry just like that because they’re friends already. Nawala naman lahat and Josh is a great guy,” Markus explained.

Markus stars in the iWant Originals series Kargo which will be available for streaming this October 11.