MMFF 2018 earns more than 1 billion pesos according to spokesperson

MMFF 2018 has hit and exceeded the 1 billion record as of January 6. 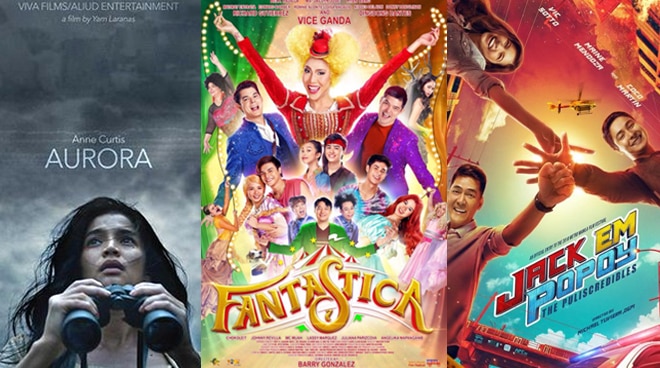 The 2018 Metro Manila Film Festival (MMFF) has hit its targeted earnings this year as spokesperson Noel Ferrer shared in a statement that it has already gained, as of January 6, 2019, more than 1 billion pesos in combined gross sales of the festival's eight films.

"With still one more day before we end the biggest local film festival, we are happy to announce that despite the rains and all the other challenges, MMFF 2018 has hit and exceeded the 1 Billion record as of yesterday," Ferrer wrote.

The MMFF spokesperson expressed his gratitude to Filipinos for patronizing the festival's movie offerings. "Again, our heartfelt thanks to all those who helped; and to the Filipino moviegoers who continue to support the MMFF. Let us patronize our local films even more. See you still at the theaters today!" he added.

The eight official entries of the 2018 MMFF are Aurora, Jack Em Popoy: The Puliscredibles, Fantastica, The Girl In The Orange Dress, Rainbow’s Sunset, One Great Love, Otlum and Mary, Marry Me. The movie ranking based on sales has yet to be released.