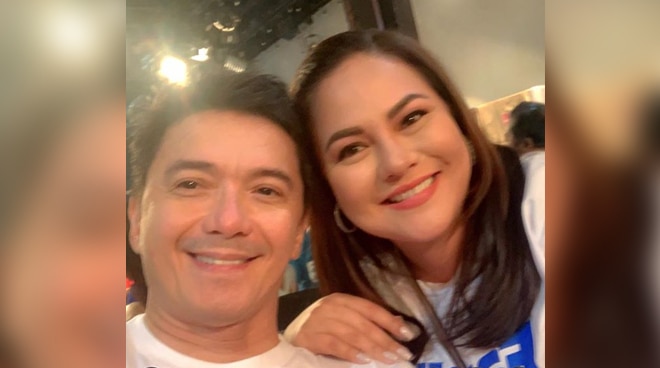 Karla Estrada, last Friday, penned a short but thoughtful message addressed to her former partner, Rommel Padilla, who was then celebrating his 55th birthday.

On Instagram, the TV host-comedienne shared a series of photos of her with Rommel, including a throwback pic taken during their blissful days as a young couple.

Despite their failed relationship, the two have remained good friends over the years, and this is largely because of their unico hijo, actor Daniel Padilla, for whom they decided to put aside their differences to play their respective roles as parents.

Happy sunday everyone!🙏🏻❤️🙏🏻❤️ good lunch and great planning today. More blessings to all of us! 🙏🏼🙏🏼🙏🏼