The General’s Daughter star Angel Locsin shared a clip of her dressing a wound of an injured soldier. Angel Locsin proved that her character Rhian in The General’s Daughter is not too far from reality when she shared a clip of her dressing a wound of an injured soldier.

“Sharing this to express my admiration to the men and women of the Medical Service!” she wrote in her caption.

This happened during an immersion for her role in the said TV series which started airing on ABS-CBN last January 21.

Warning: contains graphic images. With permission to take this video.

Sharing this to express my admiration to the men & women of the Medical Service!

With me are Col. Ma. Victoria Juan(Army Chief Nurse) & Lt. Col. Domingo Chua(Head, Dept of Ortho) during the immersion for TGD! pic.twitter.com/twTghwa3Te

Netizens lauded her for being dedicated to every role she takes on as an actress and admired her courage in helping others. 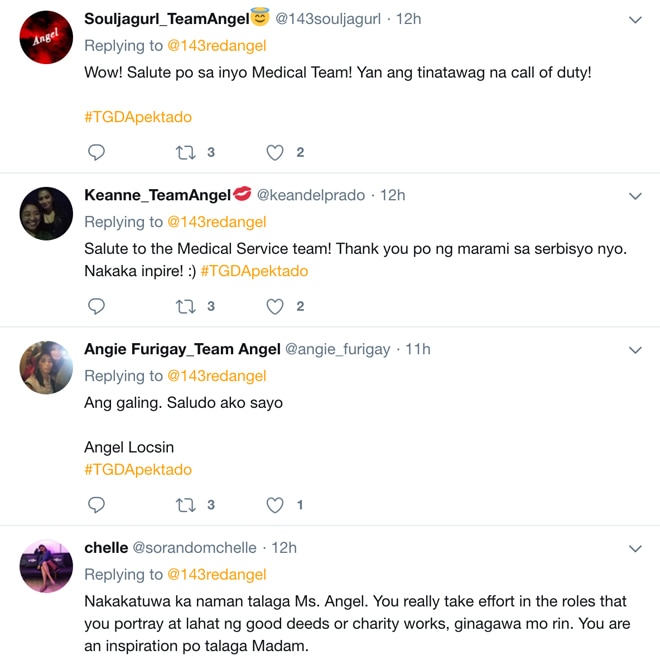 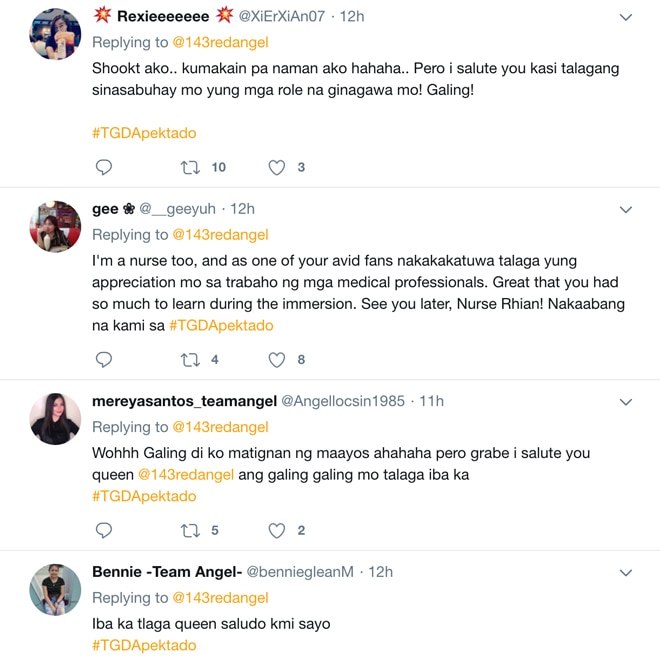