From our favorite KathNiel to modern ‘Darna’ Liza Soberano, get inspired by these nine celebrities who at a young age are already established with their respective business ventures. All glory is temporary, and most of our local stars have learned this much early in their careers. It isn’t surprising then that more and more celebrities are encouraged to explore different pursuits by way of foraying into entrepreneurship. The good news? The list keeps getting younger!

From our favorite KathNiel to modern ‘Darna’ Liza Soberano, get inspired by these nine celebrities who at a young age are already established entrepreneurs. In a previous interview with Push, Francis attested to Daniel’s commitment to his first-ever business venture. “He would take time out from his very busy schedule to attend meetings and give his input. I know he’s very excited as this will be a major business venture,” he said. Meanwhile, Daniel’s longtime onscreen partner and real-life girlfriend, actress Kathryn Bernardo, started sooner. At 20, she opened her own nail salon, KathNails by KCMB, at a mall in Quezon City and later put up five more branches. 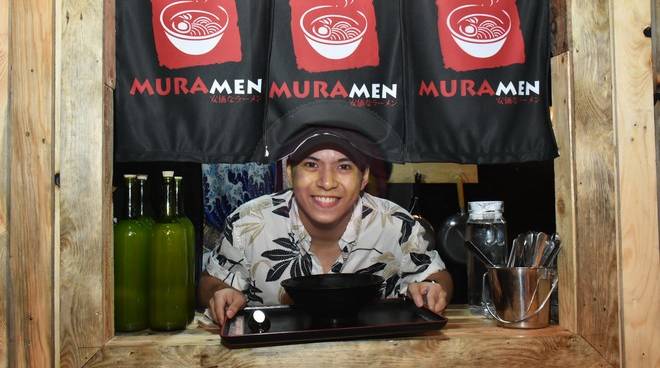 Young actor Nash Aguas owns Japanese restaurant Muramen and he opened his first branch in Sampaloc in July 2017, and almost a year later, expanded in Pasig. Alone/Together leading lady Liza Soberano put up her first business venture, HOPE Hand and Foot Wellness, in December 2017 when she was 19 years old.

On why a wellness spa, Liza, in a previous interview with Push, said, “Wellness is not just something you do now. It’s forever. You can do it whenever you want, wherever you want and when you start practicing wellness rituals you can bring that with you forever and it could possibly make you feel younger even as you aged. And where I see my wellness center going is I want it to be bigger. I want it to be a platform for most Filipinos who aren’t educated enough about wellness rituals that it’s about time they start acknowledging wellness as part of their daily routine.” Following their stint in Pinoy Big Brother six years ago, celebrity twins Joj and Jai Agpangan set out to become social media influencers (while still doing acting projects, of course) and later put up their own business, Joj and Jai Collections, a pop-up store located at a mall in Zamboanga City. Actress Kiray Celis became a businesswoman at 22 when she put up her first-ever business project, Chicken and Fins – a wings place located in Mendiola – in May last year. Apart from owning a hair salon named after herself, Asintado star Julia Montes said that she’s eyeing to open a food-related business project as her next venture during her guesting in morning talk show Magandang Buhay over a year ago. Of this pursuit, James, during an interview with Push in December 2017, confessed that he doesn’t feel anything like a CEO despite what his label has already accomplished thus far. "It’s just I now have the freedom to make whatever music I want to,” he said.

READ: James Reid talks about the experience of starting his own music label At 23, actress Nadine Lustre opened her first store of Nail’s Glow and Body Spa, located at a mall in Quezon City, as the company’s youngest franchisee to date.

Later, she would partner with Australian cosmetics giant BYS to launch her own collection, Lustrous, as its very own Chief Creative Designer. This marked the brand’s first time to collaborate with a celebrity.

And just last month, the actress released her own fragrance line, ‘Luster by Nadine Lustre’.

On her latest venture as a beauty entrepreneur, Nadine couldn’t hide her excitement when she announced the official launch of Luster on Instagram. “I’m so happy! You have no idea! #LusterbyNadine finally out,” she said.