Is Heart Evangelista part of the live-action remake of 'Mulan'?

Following Heart Evangelista's dismissal on speculations that she is in China to film 'Crazy Rich', fans now think that she's there as part of the live-action 'Mulan.' 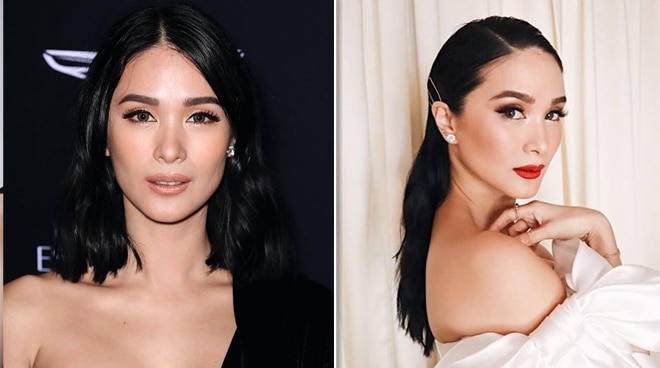 Over the past couple of weeks, fans have been guessing non-stop about Heart Evangelista's secret project in China, with most saying she is there to film the sequel to the blockbuster hit Crazy Rich Asians.

While the guessing game continues, Heart Evangelista finally took to Twitter to address the speculations by dismissing the idea that she flew to China to film the Warner Bros-produced film.

"For those of you asking I am not in China to film for crazy rich. I am here for something else — can’t wait to share," the 33-year-old actress wrote.

With her tweet containing a 'film' emoji in it, fans think she might indeed be in China to shoot a movie - just not Crazy Rich but something else.

"Not for Crazy Rich, but for China Rich Girlfriend," user @jnlbrtlnsb wrote.

not for crazy rich but for China rich girlfriend 😂😂😂😜😜😜

One fan also presumed that she could be there as part of the cast of the upcoming live-action remake of the 1998 Disney classic Mulan which stars Chinese-American star Liu Yifie.

"Are you filming for Mulan," one fan with user @lalacarmelotes asked.

are u filming for Mulan???

According to an Entertainment Weekly report, the Niki Caro-helmed live-action Mulan, which Disney slated for release in 2020, has already started principal photography August of 2018 in New Zealand and China.