In preparation for his role, Arjo Atayde visits individuals with autism

Arjo Atayde also received a 'perfect 10' from Maricel Soriano for his acting skills. 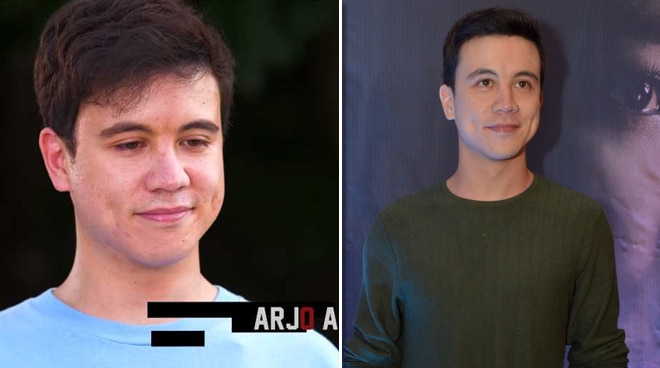 At the press conference of the newest teleserye of ABS-CBN called The General's Daughter, Kapamilya actor, Arjo Atayde shared his preparation for his role as a young man with autism. According to Arjo, who introduced himself as an 'observant' or a 'visual learner', he personally reached out and asked help from their director Manny Palo. "Si Direk Manny actually, sabi niya there's one restaurant somewhere around the area na kids who have the same condition as (my role) of the same age are serving there at a certain time.

"So I observed and talked to them (food servers with autism). Thankfully, the owner actually was open to the idea. Sinamahan din ako ni Direk Manny," Arjo said, referring to a restaurant in Quezon City named The Puzzle Cafe.

Aside from interacting with people with autism, the Buy Bust actor admitted that he spent a lot of time watching movies and YouTube videos to learn more about the mental condition.

"I also watch a ton of movies, and so much videos of behaviors on YouTube. That was my assignment to myself, 'yun na yung pampatulog ko every night. I was studying the character from head to toe if I can."

Arjo also described his feeling having his first scene with veteran actors like Maricel Soriano and Angel Locsin, "I don't know it was possible in the first day on the set, I was close to palpitate already, with Direk Manny, Nay Maricel, and Angel on the set, I was so pressured. But thankfully, with the guidance of Dreamscape, of Direk Manny and the production, everything became (good) naman. But then again it's still not easy doing it. There's a lot of preparation, observation and research," said Arjo.

"Siya talaga ang tumawag sa akin asking for pegs, and then we identified some films and contacted people whom he can talk to, and then we had this lunch nga with a restaurant, then the next time nakita ko siya he's already in character," Direk Manny told the press.

Including the Diamond Star, Maricel Soriano is all praises for Arjo's passion and acting skills. She even said she can give Arjo a 'perfect 10' for his acting. "I'm very impressed to Arjo, kasi may autism siya dito. From 1-10, 10. Kasi bihira ako makatrabaho ng napakahusay, saludo ako. Mahusay siya na sobra akong tinatablan pag-umaarte," Maricel said.