The iconic OPM singer teams up with popular band for a Greatest Hits concert on February 9. 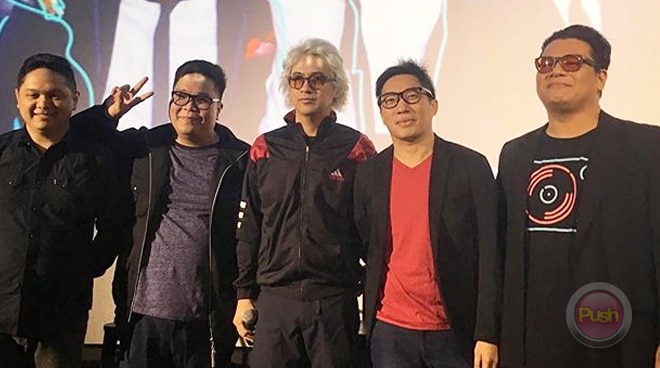 After announcing that he would be doing a one-night only concert with The Itchyworms next month, Ely Buendia said he is not a stranger to the band led by It’s Showtime regular Jugs Jugueta. “The first time I worked with them was sa bahay. I’ve recorded a demo sa UP village. They were just starting out then. There was an immediate bond between us because we sort of like the same music and made the same jokes and liked the same people. So it was already there at the beginning and I guess as time went by and they proved themselves to be one of the better bands than some of those out there, the feeling of admiration became even greater for me for this band,” he shared during their concert presscon held last January 17 in Pasay City.

Another first with the former Eraserheads frontman is the opportunity to perform at the same large scale venue as the successful musical Ang Huling El Bimbo which featured his songs (the musical will enjoy another exciting run in March). “This is quite an event for all of us. Lahat kami parang sanay tumugtog sa mga small venues and sometimes you just want to play in the best venues and the Newport Performing Arts Theater is one of the best venues around and I myself experienced this while watching Ang Huling El Bimbo the musical. I guess it’s also a great opportunity for us as musicians to somehow up our game with regards to performance and creativity and something like this will always be welcome for all of us. I think it wasn’t on my bucket list until it happened. So now I’m checking it off the bucket list. We really want to exploit every nook and cranny of the venue. Some of the ideas are really far out. Hopefully it will come to fruition on the day itself,” he said.