EXCLUSIVE: Bela Padilla reveals new movie she wrote for Star Cinema: ‘I was super invested in writing this’

Bela Padilla talks about her latest script for the big screen. 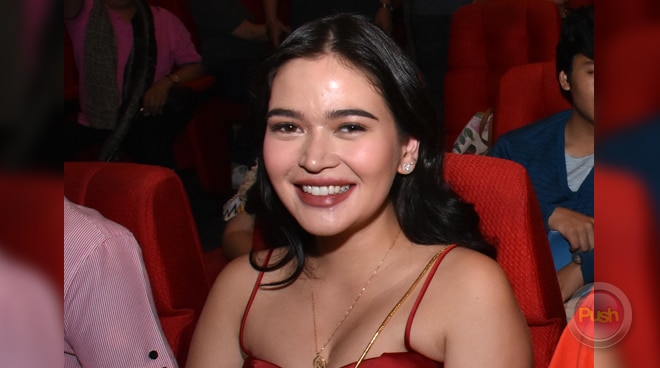 After being part of the recent Metro Manila Film Festival blockbuster Fantastica, Bela Padilla looks forward to 2019 with her most recent writing project with Star Cinema. “I was commissioned to write it and they told me who they had in mind. Pero nothing was set in stone yet nung pinasulat sa akin. Pero they told me, ‘More or less ito yung dalawang artista na gusto namin.’ Finished na and parang nasa pre-production process na siya. For Star Cinema. There are already actors casted. It’s a different love story. Hindi ko pa alam kung puwede na magsabi. I won’t act in it. I will be just behind the scenes,” she shared.

After gaining scriptwriting credits in movies like 10,000 Hours and Luck at First Sight, Bela said she is thankful for the creative challenge. “They gave me a concept and I had the freedom to play around with it so binigyan lang ako ng idea ng dalawang characters kung ano trabaho nila, kung sino sila sa mundo at kung saan sila unang nagkita. After that pinaglaro na nila ako and I had so much fun. I’m so excited,” she admitted.

For her still untitled film project, Bela shared some details about the love story. “This one took a while to write kasi the story will cover 18 years. It’s an 18-year relationship. It starts in 2001 and ends in 2019 so medyo nag-research ako about that. I was super invested in writing this new script,” she added.