“Rustom is Dead!” BB wrote in the caption. 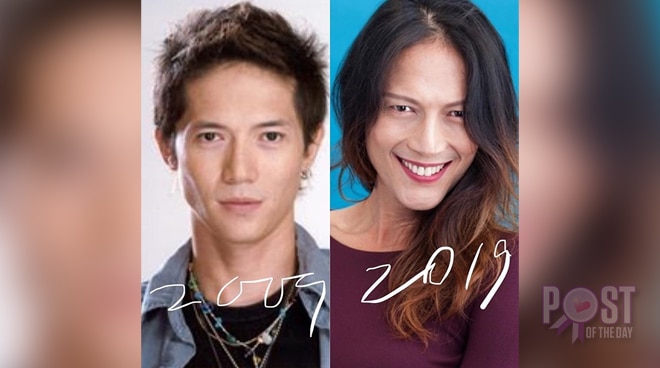 This week saw dozens of local stars taking part in the viral ‘Ten Year Challenge’, where users across different social media channels share throwback photos of themselves from ten years ago next to a photo taken this year.

One celebrity who stood out was BB Gandanghari, whose take on the challenge showed her transition from Rustom Padilla to BB.

“Rustom is dead,” she said in her caption, followed by hashtags #LifeAfterDeath and #Empowerment, among others.

LOOK: BB Gandanghari poses in birthday suit as she turns 50

It was in 2006 when BB Gandanghari, then Rustom, came out as gay during a televised conversation he had with fellow housemate Keanna Reeves in the reality competition Pinoy Big Brother. He identified as a transgender later on.

In 2016, a petition to change her legal name and gender was approved by a court in Los Angeles, California, to which she has since relocated.

"This is it! And I thought this day would never come,” she said.

"And I thank my GOD and my LORD for making these things happen. Everything makes sense now, and to this great country the United States of America for providing this [basic human right]. Thank you!" she added.

READ: Celebs walk down memory lane as they try the trending #10YearChallenge