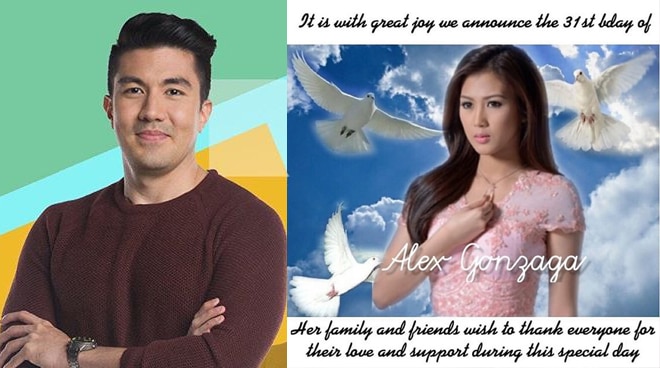 Friends and family of Alex Gonzaga have given her their well-meaning birthday wishes as she turned another year older today, January 16.

But nothing came close to that of Luis Manzano’s, who just hours ago took to Instagram to share an edited picture he specifically made for the celebrant.

“It is with great joy [that] we announce the 31st birthday of Alex Gonzaga. Her family and friends wish to thank everyone for their love and support during this special day,” the caption read.

It didn’t take long before Alex took notice of the post. This funny banter isn’t actually new to Alex and Luis, who met through the former’s elder sister Toni Gonzaga and have since become close due to their same sense of humor. In October 2018, the two made the headlines after the I Can See Your Voice host left a series of hilarious comments on the actress’ Instagram during the family trip of the Gonzagas to Europe.