Here’s a rundown of the standout moments from Philippine entertainment industry's biggest night, the ABS-CBN Ball 2018. 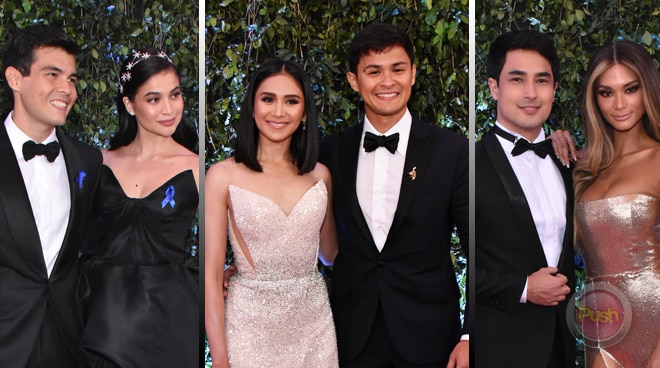 The country's biggest stars gathered on Saturday, September 29, for one special night: the ABS-CBN Ball 2018. Hundreds of celebrities who attended the event shared special moments with their loved ones and friends. Here are the 10 standout moments at this year's much talked about ball.

1. Matteo Guidicelli and Sarah Geronimo attend the ball together.

Matteo used to walk the red carpet alone during the Star Magic Ball in the past years, but this time he happily graced the ball with girlfriend Sarah Geronimo. Amidst the breakup rumors, Pia proved to the world that she and Marlon are very much together. 3. Donny Pangilinan surprises his date Kisses Delavin with a bouquet of flowers.

Donny made a very sweet gesture for his date Kisses for their first ABS-CBN Ball together. The young actor surprised Kisses with a bouquet of flowers much to the delight of the young actress. Anne brought along her husband Erwan to the ball for the first time. Anne said she was excited to introduce Erwan to her other friends at the network. 5. JM de Guzman graces the ball with Barbie Imperial as his date.

JM and Barbie made many of their fans kilig on Saturday after they graced the ball together. 6. Richard Gomez attends the ball with the whole family.

The ball became a family affair for Richard and his family. It was also Juliana's first ball at ABS-CBN and the teen expressed excitement about being present at the event. 7. Angelica Panganiban brings along Carlo Aquino as her date to the ball for the first time.

Fresh from the box-office success of their movie Exes Baggage, CarGel brought the kilig to the ball as they graced the ball together for the first time. Vice Ganda made head turns at the ball after he wore a gown with the longest train of the outfits at the event. 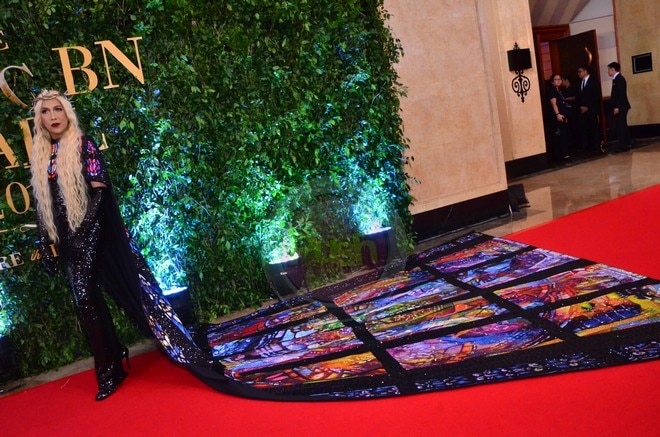 The ABS-CBN Ball 2018 became Alex’s first time to bring along a date.