Apart from having Nadine Lustre as his date, James Reid is also excited about the charity side of the ABS-CBN Ball. 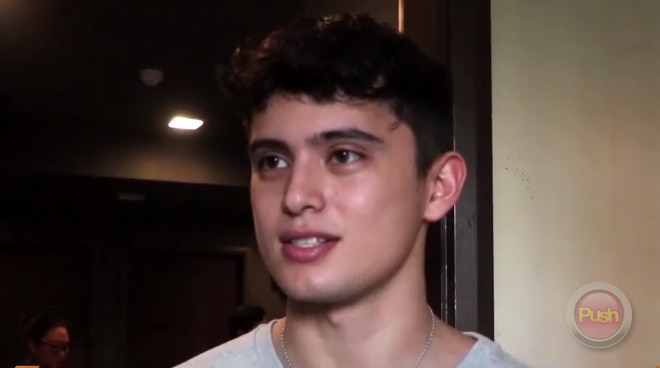 Though it won’t be his first time to attend a ball under ABS-CBN, James Reid feels excited to be part of this year’s highly-anticipated formal gathering for whole a lot of reasons.

James, who attended the ball twice back when he was still part of Star Magic, is looking forward to having girlfriend Nadine Lustre as his date for the glamorous night.

“Actually, I was Star Magic before so I’ve been to the Star Magic Ball twice before. But I’m excited because it’s ABS-CBN Ball now. Nadine will be there to be my date so it will be a different experience to the last one,” he explained.

The 25-year-old actor, who will wear a Michael Cinco creation for the momentous occasion, also said his attire would definitely compliment that of Nadine’s.

“I think it is. I’m not too involved with it. They really chose Michael Cinco to make the suit and I’m sure it’s in line with Nadine’s,” James remarked.

ABS-CBN Ball will also benefit the Bantay Bata 163 Children’s Village in Norzagaray, Bulacan. And James, on his part, couldn’t be any happier to be part of an event which promotes a great cause.

“For me, it’s perfect. I’m so glad it’s that way. And I hope there’s going to be more in the future,” he stated.

Though the Star Magic Ball has always welcomed artists from outside the talent management arm, the inaugural ABS-CBN Ball will bring together all Kapamilya stars for a cause.

After his stint in Pinoy Big Brother Teen Clash of 2010, James signed with Star Magic before moving to VIVA Artists Agency.