Through a series of Twitter posts, singer Rhap Salazar opened up about his unaired X Factor audition video. 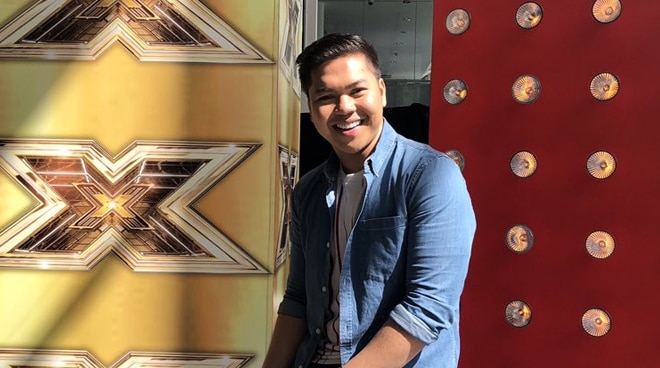 UNFORTUNATELY, MY X FACTOR AUDITION WAS NOT AIRED ON TELEVISION.

Rhap started with a tweet saying, “UNFORTUNATELY, MY X FACTOR AUDITION WAS NOT AIRED ON TELEVISION (sic).”

He then went on to recount what happened in a series of tweet. “Last July 22nd, I was scheduled to film my Arena Audition with other talented singers from different parts of the world at the SSE Arena, Wembley in London.

“I sang my acoustic version of “I Will Always Love You” by Whitney Houston.”

I sang my acoustic version of “I Will Always Love You” by Whitney Houston. pic.twitter.com/PbIu4hH4Vg

According to Rhap, he got four “yes” votes from the judges Simon Cowell, Ayda Williams, Robbie Williams and Louis Tomlinson. He also mentioned about the audience’s memorable reactions.

“I got 4 yesses from all the judges and standing ovation from everyone. Every reaction from the audience was really unexpected and memorable one. I got through the next round but I also got eliminated at the deliberation stage,” he said.

Rhap even showed a photo of him with fellow Filipinos Maria Laroco and Sephy Francisco who also got four yes votes from the judges and whose performances have gone viral on social media.

I actually have no idea why they did not air my audition. pic.twitter.com/qyNnnzg1gA

The 22-year-old singer and actor ended his thread with a positive message, “I believe all things happened for a reason and there’s no reason for me to stop reaching for my dreams and doing what I love that is to sing for the world.”

“No time for giving up. Tuloy ang buhay,” he wrote.

Rhap Salazar was the grand champion of the 2004 singing competition on TV, Little Big Star. Currently, Rhap uploads his cover songs on his own YouTube Channel.